Premier League chief has 'not given up hope' on fans' return


Premier League chief executive Richard Masters has “not given up hope” that fans can return to grounds this season.

Supporters had returned to stadiums in tier two locations in England, in November before government coronavirus restrictions forced all matches to be played behind closed doors.

With no indication yet that restrictions may ease, fears have grown that fans might not return this season.

Masters said “we don’t want to get used to” empty stadiums “for much longer”.

Speaking at the FT Business of Football summit, Masters said he also hoped that there would be no need for a trophy presentation behind closed doors, as was the case for Liverpool at Anfield in July.

“No-one can say but we have not lost hope we might see a few back this season, depending what happens with the numbers,” he said.

“Hopefully the season finishes as planned on 23 May and wherever the trophy presentation might be, there might be some supporters in the ground as well.

“It depends what happens with the numbers but next season I hope it opens up quickly, so we can get fans back in stadiums and get back to the real Premier League.”

At this point in the last cycle, the Premier League had already confirmed seven of its nine domestic packages.

However, given the financial effects of the pandemic, the league does not intend to go into the market until the summer.

The background is not positive. Across Europe, there have been a number of instances of broadcasters pulling out of or renegotiating existing deals. The domestic Bundesliga deal that began this season was almost 20% down.

It has been generally accepted that the Premier League will experience a similar downturn, but Masters does not feel that will be the case.

“What is going on in Europe with their rights processes is not necessarily relevant to what might happen in the UK,” he added.

“Of course I accept we are in a challenging environment. That is obvious. But I don’t accept things have plateaued and we are looking at a downward curve at all.

“We have done some media rights deals during the pandemic and are ahead of our current position in the markets where we have been selling.

“We are confident and optimistic about the future.” 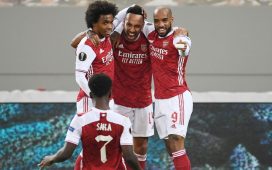 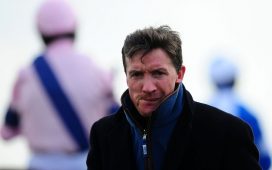