Women who smoke during pregnancy are endangering themselves and their baby, NHS England has warned, as figures show more than one in 10 continue to use cigarettes.

The trend in pregnant women and the stubbornly higher rates of smoking among the least affluent groups in society trouble experts, even though the latest data shows the overall smoking rate is at an all-time low.

But, according to NHS England, more than 61,000 pregnant women were still smoking last year at the time they gave birth. In Blackpool, Corby, Durham, Mansfield and a number of other areas, one in five pregnant women were smokers. The rate was lowest in the London region, with fewer than one in 20 smoking.

“Having a baby in this country is now safer than ever but smoking while carrying a baby puts both parent and child at avoidable and potentially deadly risk,” said Prof Jacqueline Dunkley-Bent, chief midwifery officer for England. “No woman should have to experience the heartbreak of stillbirth, and quitting smoking is absolutely vital for a healthy mum and a healthy baby.”

READ  Is this the end of smear tests? Simple pee test ‘better at spotting cervical cancer’

Deborah Arnott, the chief executive of the campaigning group Ash, welcomed the overall drop in the smoking rate, but said it “hides a wide disparity across society, with around one in 20 adults smoking in Richmond upon Thames, while in deprived communities such as Blackpool it is one in five.

Local authorities are responsible for services to help people quit. Ian Hudspeth, the chair of the Local Government Association’s community wellbeing board, said they had made great strides but more needed to be done.

He deplored the reduction of £700m to their funding for public health. “Our ultimate aim should be to become a smoke-free nation. We still have a long way to go,” Hudspeth said.

Duncan Selbie, the chief executive of PHE, said: “Smoking in England is in terminal decline with the lowest number of smokers ever and a smoke-free generation now in sight. Unfortunately smoking rates remain high among people on lower incomes and those experiencing mental health problems and every effort and means to support them quitting is where we need to most focus.” 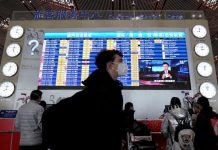 Coronavirus: 'I'm high risk but made a full recovery' 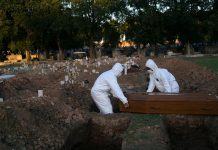 Coronavirus: The mystery of 'silent spreaders'

'We are there to listen': Samaritans volunteer insists that support is still available

DR ELLIE CANNON: Don't be one of the 80 per cent of men who'd rather be ill than admit to a problem