Pregnant inmates could be granted temporary release from prison “within days” to protect them and their unborn children from coronavirus.

Prison governors will be able to grant release on temporary licence to women who are expecting behind bars as long as they do not pose a high risk of harm to the public.

Decisions will be made subject to them passing risk assessments and once suitable accommodation is found.

Mothers who are behind bars with their children who pass the same checks can also be released.

The announcement follows mounting pressure from campaigners urging Justice Secretary Robert Buckland to release prisoners in England and Wales during the pandemic.

As of 5pm on Monday, 65 inmates had tested positive for coronavirus in 23 different prisons.

The first death – convicted paedophile Edwin Hillier, who was serving his sentence at HMP Littlehey in Cambridgeshire – was confirmed on March 22.

Pregnant women are considered by the Government as being in the “at risk” category of those who could be in most danger if they contract the virus, alongside people with underlying health conditions or those aged 70 and over.

There are currently 35 pregnant prisoners and 34 inmates in mother and baby units across 12 women prisons in England.

The inmates in question are considered “low risk” to the public but will be subject to licence conditions like a requirement to stay at home and wear an electronic tag where appropriate.

“They can be immediately recalled to prison for breaching these conditions or committing further offences”, the MoJ added.

The news comes as Northern Ireland signalled it would let out more than 10% of those behind bars and emergency powers allowing ministers to release prisoners from jail early were being considered in Scotland.

Jails in England and Wales were put on immediate lockdown last week with all visits cancelled.

And transfers for inmates between prisons are now only being allowed in “exceptional cases”.

Minister are also considering plans to turn some military barracks into temporary prisons in a bid to ease overcrowding in jails but no decisions have yet been made, the PA news agency understands.

Staff numbers in prisons are already stretched, with some 3,500 employees – representing about a tenth of the workforce – currently in self-isolation due to Covid-19.

Some 14 prison staff have tested positive in eight prisons, as well as four prison escort and custody services staff.

Mr Buckland said: “We have already taken extraordinary measures to protect prisoners and the public over the last few weeks, but it’s clear now that we must temporarily release pregnant women and those with small babies with them inside prison.

“Governors can now temporarily release pregnant prisoners so that they can stay at home and reduce social contact like all other expectant mothers have been advised to do.” 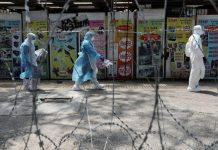 'This man knows he's dying as surely as I do': a doctor's dispatches from the NHS frontline 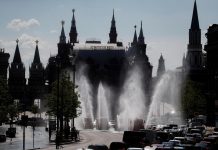 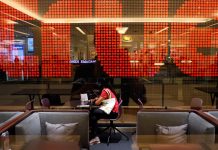