GHISLAINE Maxwell watched on as Jeffrey Epstein molested young girls after luring them into a world of “nightmare” abuse, a court was told.

At the start of the 59-year-old’s trial for allegedly sex-trafficking for Epstein, the jury was told her and the paedophile multi-millionaire were “partners in crime”.

Opening the case against Maxwell, prosecutor Lara Pomerantz told the jury about the role Maxwell had procuring girls for Epstein to abuse and even watched on as it happened.

“The defendant helped Epstein find those girls, she helped him recruit those girls for so-called massages,” she said.

“She manipulated the girls, groomed them for abuse.

“Make no mistake –  she knew exactly what Epstein was going to do to those children when she sent them inside those massage rooms.

“But was happening in those massage rooms was not massage. It was sexual abuse.”

“Sometimes she was in the room for those massages herself.”

Pomerantz told the court a about one of the victims, Jane, who was 14 when she met Maxwell at a summer camp.

“She was sitting at a picnic table for kids when a man and woman walked by,” said Pomerantz.

“The man introduced himself as someone who gave scholarships for kids.

“They asked Jane for her phone number. What Jane didn’t know then was that this meeting at summer camp was the beginning of a nightmare that would last for years.

“This meeting was the beginning of that man and woman targeting Jane for sexual abuse that would last for years.”

“Who was that woman targeting young girls for sexual abuse? It was the defendant – Ghislaine Maxwell.”

Earlier she appeared at court wearing white turtleneck and dark trousers, her face covered by a white face mask.

Maxwell appeared to be in good spirits and smiled from behind her mask then waved at her sister.

It is alleged between 1994 and 2004 she participated in sex trafficking alongside Epstein, her ex-boyfriend, who she also worked for.

She has been accused of being tasked with approaching teenage girls with offers of jobs – such as modelling or as masseurs – before bringing them to Epstein.

Prosecutors allege Maxwell gained the girls’ trust by taking them to movies, sending them gifts such as lingerie and discussing sexual topics.

Her alleged victims have described her as the paedo’s “madam” who would groom them and lure them into his web of money and sex.

Maxwell faces allegations that she procured girls – some as young as 14 – for Epstein to abuse while also participating in the abuse herself on a number of occasions.

She has pleaded not guilty to all charges against her.

The exact charges against Maxwell are:

As the world’s press gathered outside the courtroom, an accuser of Maxwell and Epstein arrived to view the proceedings.

Sarah Ransome, who alleges she was recruited into Epstein’s network, was pictured surrounded by cameras.

She is not part of the court case against Ghislaine – but went public with her allegations as the Epstein’s victims call for justice.

“I never thought this day would come,” said Sarah.

Maxwell’s charges relate to four victims – including Annie Farmer, who claims that the alleged “madam” gave her a topless massage when she was just 16.

Farmer will be joined by three other victims who are expected to testify under pseudonyms.

It is unknown if Ghislaine’s friend Prince Andrew – who vehemently denies separate allegations that he slept with a 17-year-old trafficking victim – will be mentioned in the case.

Being a long-term pal of the Duke of York, Maxwell is widely reported to be the one who introduced him to Epstein.

Maxwell’s lawyers deny all charges against her and will attempt to argue her relationship with Epstein has been overstated.

Maxwell was arrested suddenly in July 2020 by the FBI after being accused of going into hiding over the allegations.

She was detained as she was deemed a flight risk and was repeatedly denied bail.

And this has sparking a long list of complaints about her jail conditions at the Metropolitan Detention Center in Brooklyn.

Her lawyers have complained her supposed mistreatment is down to her being seen as a proxy for Epstein.

Maxwell and Epstein have been claimed to jetted girls around the world – from her townhouse in London, to Epstein’s mansion in New York, to his infamous private island Little St James.

Daughter of disgraced newspaper mogul Robert Maxwell, Ghislaine was born into a life of wealth – being raised at the 53-room nasion Headington Hill Hall.

She was reportedly her dad’s favourite child and the former MP – who in his youth escaped the Nazis – is claimed to have doted on Ghislaine.

Working in various roles at her dad’s companies – including as a at director of Oxford United – she became a prominent socialite in London.

At some point she became pals with Prince Andrew – though there is no definitive story as to how she first met the Royal.

Her father died in 1991 as his body was found floating next to his yacht – the Lady Ghislaine.

Maxwell has hinted she suspects there was foul play in her dad’s death, being quoted in 1997 as saying he was “murdered”.

And it was after her father’s death when she started to spend more time in New York – and during this period she is alleged to have grow closer to Epstein.

Described by various accounts as Epstein’s “main girlfriend”, his “assistant” or the “lady of the house” – her relationship with the disgraced financier is expected to become clearer during the trial in the coming weeks.

Ghislaine is the first person to face the courts over the wider Epstein case.

Epstein was a wealthy New York financier who amassed a multi-million dollar fortune and hung out with the world’s elite.

The well-connected paedo had a infamous “little black book” including contacts for the rich and famous.

But behind his world of money and fame was a disgusting lust for underage girls and young women.

He is alleged to have constructed an elaborate scheme in which girls would be procured, groomed and abused.

And he is alleged to have offered up some of these girls to his friends with help from Maxwell and other potential conspirators.

Epstein was first convicted of sex offences in 2008 on a single charge of soliciting prostitution from girls as young as 14.

But some 11 years later, the cops finally charged him with a wider conspiracy for trafficking minors in Florida and New York.

He was arrested – but then hung himself in prison on August 10, 2019 as he escaped justice. 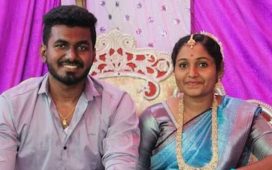 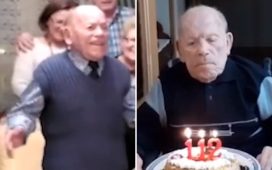 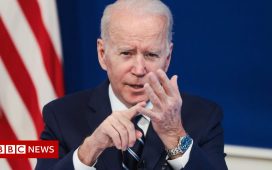 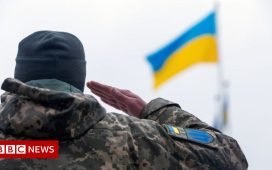