There is perhaps no word so misused in football as pragmatic. The tendency is to deploy it as a synonym for defensive, cautious or gritty, to be set against the attacking flair of the idealists. Coaches are divided into two groups: on the one hand the pragmatic Sam Allardyce, Tony Pulis and Neil Warnock, and on the other the idealistic Marcelo Bielsa, Pep Guardiola and Gian Piero Gasperini. But it is rarely so straightforward as that.

Bielsa is perhaps a special case. The Leeds manager has principles from which he never deviates and his family background means he has perhaps never quite needed a win bonus in the way some other players or managers have – he can afford to be principled. But equally the idea he went to Old Trafford just before Christmas to put on some kind of show or underestimated Manchester United’s threat is laughable. Leeds played that way because Bielsa thinks that is the best way to get results.

It is true his man-to-man pressing style opens Leeds up to the sort of goal Scott McTominay scored to put United ahead, but the second was at least partially caused by Mateusz Klich failing to track McTominay’s run.

Once you are 2-0 down after three minutes, the game is pretty much done, particularly against a team as good on the counter as United. But imagine the first three minutes had not happened, a game Leeds lost the shot count 24-17 suddenly looks far more positive. Had Leeds taken the lead, the dynamic of the game would have been very different.

It is reasonable to highlight the dangers of that style of pressing, to point out the failures of cohesion and the individual errors, but to suggest Bielsa was somehow naive is to misunderstand entirely how he approaches football. He is willing to risk heavy defeats because he believes in the long run the benefits outweigh the negatives. On his own terms, he is pragmatic; the non‑pragmatic approach would be to bunker down and look to mitigate the scale of a loss for the sake of avoiding embarrassment.

This may hint at a wider truth: that few coaches are not pragmatists. For the vast majority, the result comes first and style is a means to an end. Counter-intuitively, José Mourinho is arguably the most idealistic coach in the Premier League given his apparent determination to sweep joy from the land and win only in the most mourinhista way possible.

Against Crystal Palace and Wolves, Spurs have squandered points in games they seemed to be dominating by dropping back to defend their lead: this season they have lost nine points in the final 10 minutes of games.

The classic Mourinho formula has ceased to be efficient, which means some combination of three things: his defensive players are not good enough, he is no longer a master at organising a defence or he is persisting with that approach not because it is the best way to achieve a result but to make a point. Whichever is the case, the Tottenham manager is repeatedly attempting something that isn’t working, which is the very opposite of pragmatism.

For the most part, the great clashes of philosophy in the game are not between pragmatism and idealism but between competing pragmatisms.

This was a point made by Guardiola when he arrived at Manchester City in 2016 and was asked whether his conception could be as effective in the Premier League as it had been in Spain and Germany. “People say ‘You have to be more pragmatic, more clinical.’ More pragmatic than me? I’m sorry … When we’re talking about pragmatic we’re not talking about ‘the way’ or something to discuss about football – it’s numbers. And numbers, I am good … I’m not here to make fantastic football for the beauty, I am here to win games.”

The pragmatic/idealistic divide seems most often these days to be used as an excuse when a notionally stronger team has lost to a weaker one, something seen most strikingly this season, perhaps, after City’s 5-2 defeat by Leicester.

“Games like this – where the opposition do nothing – you are a bit confused,” the City defender Rodri said. “It’s not the way I like to play.”

Yet there are hints Guardiola is changing, that his innate pragmatism is drawing him towards the more traditional football definition of the term. City, who on Sunday take on Chelsea, have the best defensive record in the Premier League this season, having let in 12 goals in 14 games. That, in itself, is not unusual. In the past two seasons they have had the second-best defensive record and in 2017-18 had the best.

But as a metric, goals conceded is of only limited use. City are so good at retaining possession that most opponents simply do not have enough of the ball to cause them problems.

City’s problems since Guardiola’s arrival have come against sides good enough to counter through their press, which has exposed them defensively. It was a determination not to be countered against that led to the curious team selection and Champions League exit against Lyon in August and informed the drab end to the draw with Liverpool and the drabber entirety of the 0-0 against United.

Since Michail Antonio’s overhead kick for West Ham in October, City have conceded one goal in 702 minutes of Premier League football. They are registering 21.8% fewer pressures per game than in 2018-19, which may indicate Guardiola easing back on the press, although given that is pretty much in line with an average 22.7% drop across the league, it may equally be nothing more than a natural response to the compressed Covid fixture list.

Just because something has not been directly intended, though, does not mean that it might not be significant. It is hard to be sure of anything in this oddest of seasons, but it could be that having to ease back on the press has brought City a more effective defensive balance. The pragmatic thing would be for Guardiola to embrace that. 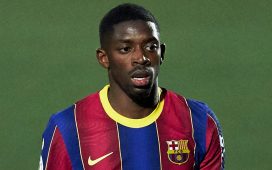 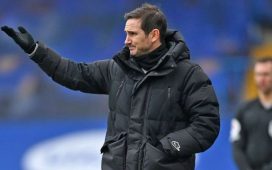 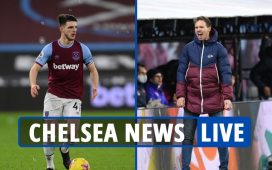 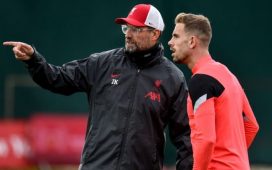 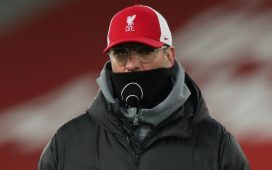 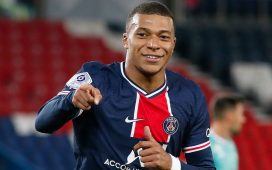