POUNDWORLD has slashed prices by up to 50 per cent in a closing down sale even though the retailer is still looking for a buyer.

But in a memo sent to staff yesterday, bosses stressed that the price drop doesn’t mean “that stores will definitely close”.

Shoppers will be able to get discounts between 10 and 50 per cent on everyday products as the retailer attempts to shift stock.

But the company’s future hangs in the balance after talks with potential buyers R Capital fell through earlier this month.

Poundworld has 355 stores and employs around 5,100 people, and like many stores has been crippled by rising costs, falling consumer demand and the weaker pound.

The notice to staff said: “It has been decided that stores are to commence “closing down” sales.

“For clarity, this does not mean that stores will definitely close.”

The budget retailer stocks everyday items like cupboard food and toiletries for £1, while there are special discounts and deals on some more expensive items.

Discounts will see up to 50p knocked off the prices of £1 products, while some stores are displaying posters that say there is up to 30 per cent off all DIY and pet ranges.

An announcement on what will happen to the retailer is expected early next week.

The discounter has been in financial trouble for some time now, announcing earlier this year that it planned to close 100 stores in the latest blow to the high street.

Yesterday it also announced that it had axed nearly 100 jobs from its head office.

It follows a similar move from New Look and Carpetright, which are expected to close 60 and 92 stores respectively, putting hundreds of jobs at risk.

Amazon Prime Day is nearly here – here’s what you need to know!

Black Friday 2018 – what date does it start and where are the best deals?

In March, fashion retailer Next also revealed it will axe 60 of its shops putting 980 jobs at risk.

Meanwhile, baby chain Mothercare is reportedly considering whether to close up a third of its stores as it struggles to survive on the high street.

Earlier this year, two of the country’s largest retailers, Toys R Us and Maplin collapsed putting 5,500 jobs at risk. 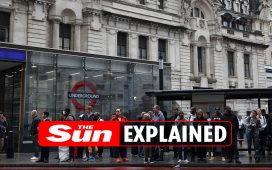