The pound has risen after MPs voted to reject Theresa May’s Brexit deal by 230 votes.

The vote opens up a range of outcomes, including no deal, a renegotiation of Mrs May’s deal, or a second referendum.

The currency slumped 7% in 2018 reflecting uncertainty about the terms of the UK’s exit from the European Union.

MPs voted by 432 votes to 202 to reject the deal, the heaviest defeat for a sitting government in history.

“A defeat has been broadly anticipated in markets since the agreement with the EU was closed in November 2018 and caused several members of the government to resign,” said Richard Falkenhall, senior FX strategist at SEB.

But business groups said their members’ patience was wearing thin.

“There are no more words to describe the frustration, impatience, and growing anger amongst business after two and a half years on a high-stakes political rollercoaster ride that shows no sign of stopping,” said Adam Marshall, director general of the British Chambers of Commerce.

He implored MPs to come to an agreement, and was joined in this plea by business groups including the Federation of Small Businesses, the Institute of Directors and the Confederation of British Industry.

Some investors see the chances of a no-deal Brexit diminishing as parliament exerts more authority over the process.

“The probability of a no deal has diminished while the chances of a delay in Article 50, a second referendum or even, at the margin, no Brexit at all, have all increased. The consequence of those scenarios has encouraged sterling to rally despite the PM suffering the worst parliamentary result in a century,” said Jeremy Stretch of CIBC Capital Markets.

On Friday, hedge fund manager Crispin Odey, a major donor to the Brexit campaign, said he now expected the project to be abandoned altogether and that he is positioning for the pound to strengthen.

The markets were prepared for her to lose – but the scale of her defeat took most by surprise.

But more surprising still was the fact that the pound – the first financial responder to political events – gained in value after the vote – despite many, most, confidently predicting a crushing defeat would send it down.

So what to make of it? Using the benefit of hindsight, some are saying that the recent display of animosity in the House of Commons to the idea of a no-deal Brexit, something markets are most wary of – has convinced them that outcome is very unlikely.

The other new line is that this crushing defeat for her Brexit deal, makes no Brexit – at least not on 29 March – a growing possibility. That’s financial markets, which respond in seconds.

Real businesses are not so sure. With 72 days to go before the UK is due to leave the EU another milestone has come and gone with the future no clearer and planning for no deal more urgent.

But others are concerned the rejection of Mrs May’s plan makes a no-deal Brexit more likely as other options become fewer in number.

“A no-deal Brexit means the public will face higher prices and less choice on the shelves,” said Helen Dickinson, chief executive of the British Retail Consortium.

“British businesses desperately need certainty about the UK’s future trading relationship with the EU and will be severely disadvantaged by a no deal. The time for Parliamentary games is over.”

While there is speculation that Britain’s exit from the EU must now be suspended as the most-developed plan has been scrapped, businesses may not be counting on this, particularly complicated ones like banks.

“Firms in the finance industry have put contingency plans in place to minimise disruption for their customers in a ‘no deal’ scenario but critical cliff-edge risks remain, including on the transfer of personal data and the operation of cross-border contracts,” said Stephen Jones, chief executive of UK Finance. 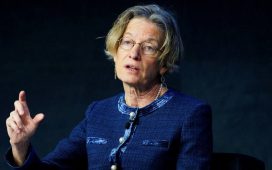 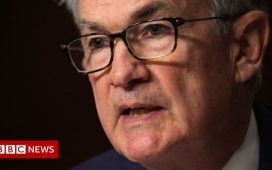