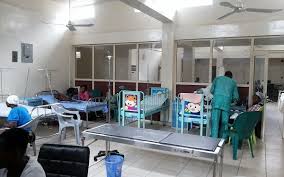 Prof. Adekunle Dunmade, the Special Adviser to the Governor on Health Matters, in a Press statement issued on Sunday, in Ilorin, said the accreditation reflected the investments the state administration had made in the health sector, noting that the hospital had also been accredited to train resident doctors in family medicine

“The accreditation, which is the first in the history of the state’s premier General Hospital, followed its fulfilment of several criteria such as relevant equipment required for such postgraduate training,” he said.

According to him, a letter from the Post Graduate College stated that the accreditation was based on a report by its accreditation visitation panel which certified the programmes and facilities of the hospital for training Residents in Obstetrics and Gynaecology.

“Senate approved that the institution should be awarded partial accreditation for two years to train 15 Resident Doctors, four Senior Residents and 11 Junior Residents,” he said.

The Special Adviser said the state government had ensured that the General Hospital regained its old glory, by meeting the standards required to train postgraduate doctors.

“That is what we have met and that is why we have the accreditation to train postgraduate doctors in specialisation in family medicine, Obstetrics and Gynaecology.

“It is not a small achievement, some Teaching Hospitals lose their accreditation, if they fall short of the standards expected of them, so this is a great plus to this administration,” he said.

Dunmade said the administration had clearly raised the bar in the health sector, including resuscitating the labour ward, the theatre of the General Hospital with anaesthetic machines, and provision of multi-parameter monitors, and oxygen concentrators, which were not available before.

“A high dependency unit was established, fitted with means of delivery of 100 percent oxygen, multi parameter monitors, suction machines and two ICU beds among others, ” he said.