Post-Brexit fishing plans to be set out by UK government


The UK government is to publish details of how it wants to manage the fishing industry after Brexit.

Ministers promised the UK would “take back control of our waters” when it leaves the EU’s Common Fisheries Policy.

Under the existing policy, limits on different species are set centrally and quotas are assigned to each country.

The government said UK fishermen “received a poor deal that is based on fishing patterns from the 1970s”.

The Scottish government said it had not been properly consulted and had “significant concerns” about the proposals.

There were protests earlier this year when it was revealed that the UK would continue to be bound by the Common Fisheries Policy during the post-Brexit transition period which is due to run until the end of 2020.

Now, ministers are to publish a White Paper later setting out their vision for the UK as an “independent coastal state” from 2021 onwards.

It will be followed by a Fisheries Bill which will include the ability to set quotas.

The government said it was “clear” that market access for fish exports – which has yet to be negotiated between the UK and the EU – should be treated separately from the question of access to each other’s waters. The EU has previously suggested the two issues should be tied together.

The government said its proposals would regenerate coastal communities and move towards a “fairer share of fishing opportunities”, saying other EU members currently land eight times more fish in UK waters than the UK does in theirs.

It said it would explore a “fairer allocation” based on the distribution of fish stocks rather than historical data, as well as ending the “wasteful discarding of fish” and only allowing boats that meet UK sustainability standards to fish in its waters.

Fisheries management is a devolved matter, and the UK government said it would work with the devolved administrations to develop a new UK framework which it said would “maximise their power to manage their fisheries while maintaining the overall coherence of the UK’s approach”.

But Scotland’s Fisheries Secretary Fergus Ewing said the UK government had “failed to substantively engage” with the Scottish government in drawing up its plans.

He added: “The paper completely ignores the critical importance of ongoing access to labour for the seafood processing sector and, whilst acknowledging seafood trade as ‘vital’, provides no detail whatsoever on how seafood exports will be protected from potentially damaging trade barriers.”

Fishing featured prominently in the 2016 EU referendum campaign, with Leave campaigners saying the current rules encouraged overfishing and mismanaged stocks – and it led to one of the campaign’s most memorable moments as Nigel Farage and Bob Geldof traded insults on boats during a protest on the Thames.

When it was revealed in March that under the transitional arrangements the UK would, in effect, remain part of the EU scheme but without a say in its rules, Environment Secretary Michael Gove said he shared the “disappointment” of fishing communities who hoped this would happen on Brexit day but urged them to keep their “eyes on the prize” of getting control.

Ahead of the White Paper’s publication, Mr Gove promised: “We will be able to put in place our own systems, becoming a world leader in managing our resources while protecting the marine environment.

“We will work closely with everyone who has an interest in this important industry to make the most of this historic opportunity.”

As part of its proposals, the UK government will commit to publishing an annual statement of fish stocks and promise to work with devolved administrations to help any struggling stocks to recover.

In 2014, half of UK fish production was exported to the EU, a quarter to outside the EU and a quarter was consumed domestically.

Barrie Deas, of the National Federation of Fishermen’s Organisations, welcomed the “clear and cogent” proposals and predicted they would attract “wide support across the industry”.

Scottish Fishermen’s Federation chief executive Bertie Armstrong added: “Of course, there is a long way to go, and we now need our governments to show real backbone in the Brexit negotiations to ensure that these aspirations become reality.” 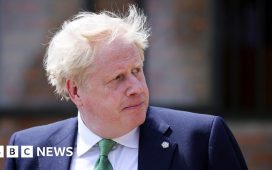 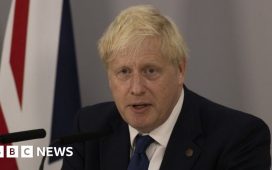