A crunch game in the Euro 2020 group of death will see out the first stage of the tournament, with both teams still capable of claiming top spot.

Fernando Santos’ side opened the campaign with a hard-fought 3-0 win over Hungary in Budapest thanks to late goals from Raphael Guerreiro and a double from Cristiano Ronaldo, while Didier Deschamps’ France side toppled Germany thanks to a Mats Hummels own goal.

Both sides weren’t so lucky in their second fixture, as Portugal were thumped 4-2 by the Germans in Munich while France were held 1-1 by Hungary in a below-par performance.

France have already qualified from their group after results elsewhere went their way, meaning their four points would be enough to guarantee them progression into the round of 16 as one of the best third-placed teams.

Portugal on the other hand haven’t quite secured themselves a spot just yet.

If Portugal lose to France they will be out of the tournament.

A win however could see them top the group if Germany fail to beat Hungary, while a draw would give them a shot at qualifying, with much dependent on the result of the other match.

Cristiano Ronaldo is the joint top scorer in the tournament with three goals so far and is expected to start once again, but Portugal are likely to make some changes.

Renato Sanches should start in central midfield ahead of either William Carvalho or Danilo Pereira, while Joao Felix is fit again and could make his first start in the tournament.

France could make some changes of their own after already qualifying, with reports that Jules Kounde, Lucas Hernandez and Corentin Tolisso will start in place of Benjamin Pavard, Lucas Digne and Adrien Rabiot.

Ousmane Dembele won’t be in contention, after a knee injury ruled him out of the rest of the tournament.

How to watch Portugal vs France

The crunch Group F game will take place in Budapest, Hungary at the Puskas Stadium on Wednesday June 23.

BBC will be broadcasting the game on free-to-air television, with coverage starting at 7:30pm for the 8pm kick-off.

The game will also be streamed live on BBC iPlayer as well as being available in full after the game ends.

How will the table end up in Group F? Let us know your predictions in the comments below.

Spanish referee Antonio Mateu Lahoz will be the man with the whistle for the game, alongside his assistants Pau Cebrian Devis and Roberto del Palomar.

Romania’s Ovidiu Hategan will be the fourth official while Alejandro Hernandez will be the man in charge of VAR.

Lahoz will be taking charge of his 12th European Championship game and his third of the current tournament, after being the man in the middle of Belgium’s win over Russia as well as England’s draw with Scotland.

He has handed out just two yellow cards so far, both at Wembley to Scottish players.

Following the 4-2 defeat to Germany, Portugal boss Santos says he will study the game to ensure any errors are wiped out of their play but believes they need to put the game behind them now.

“We will have to look at [the footage of the 4-2 defeat against Germany] and now what we have to do is clear our heads as we have a very important game against France.”

France boss Deschamps has had to answer criticisms over Karim Benzema’s form since returning to the side, with the Real Madrid man yet to score.

Speaking to UEFA.com, he said: “The most important thing is that I have every faith in [Benzema] and so, too, does the entire squad. There are times when strikers don’t score goals. They are judged on whether they score or not.”

*Odds supplied by Grosvenor Sport and are subject to change. Please gamble responsibly. 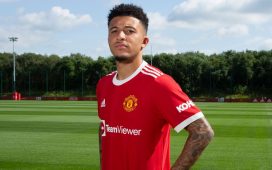 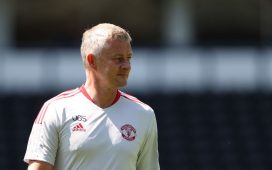