A Porsche driver accused of filming a dying police officer after a horror Melbourne crash is back behind bars after allegedly putting a noose around a woman’s neck.

Richard Pusey was freed on bail in October while awaiting trial on charges of reckless conduct endangering life and drug offences linked to a crash on the Eastern Freeway in April that killed four police officers.

The officers had pulled over Pusey on the freeway when a truck ploughed into them.

Pusey was arrested on Sunday night and faced court on a series of fresh charges over an alleged assault at his Fitzroy home between Christmas Day and Sunday.

Documents reveal an allegation the 42-year-old assaulted a woman, put a noose around her neck and threatened to kill her.

Part of Pusey’s bail conditions included a curfew and a requirement that he answer the door when requested by officers.

He has been charged with breaching that condition twice, including on Christmas Day.

Pusey did not apply for bail and is due back in court on 15 January.

See also  Buffalo stretched out on poles and beheaded as 16 animals are sacrificed for Hindu goddess
Share on FacebookShare on TwitterShare on PinterestShare on Reddit
newscabalDecember 29, 2020 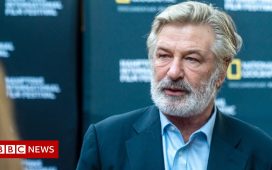 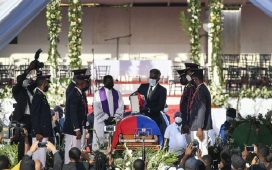 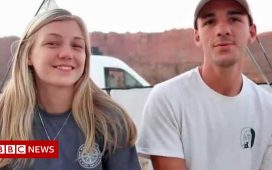