The National Population Commission (NPC) began the 10th Phase of its Enumeration Area Demarcation (EAD) across the country on Monday.

Its acting chairman, Dr Eyitayo Oyetunji, told newsmen in Abuja on Monday that the commission undertook a successful demarcation of 228 local government areas across the 36 states and the FCT in the 9th phase.

The EAD is the process of delineating the entire land area of the country into small geographical and demographic units called Enumeration Areas.

“The units comprise specified number of persons and households, which a team of enumerators can cover during census.

“Planning for the census is anchored on EAD as the basis for estimating both the human and material resources required for the census.

“In essence, success of a credible and accurate census depends very much on the quality and reliability of the EAD,’’ he said.

He said that the NPC entered into a special arrangement with INEC to create digitised maps of INEC Registration Areas; otherwise called wards.

According to him, the collaboration is the first of its kind and is expected to further enhance the accuracy and transparency of future elections.

The NPC boss reaffirmed the commitment of the Commission toward accurate and reliable EAD.

“To this end, the latest technology, including the use of very high resolution satellite imageries as the base map, the use of Global Positioning System for geo-referencing and the use of Geographic Information Science for data management, have been deployed for the exercise.

“I am especially pleased to announce that beginning from this phase, a new software called EAD PAD is being introduced to make the exercise paperless,’’ he said.

Oyetunji explained that the EAD PAD would not only go a long way in enhancing speed, efficiency and accuracy, but also eliminate humongous cost of paper and ink.

He expressed gratitude to President Muhammadu Buhari for his commitment toward the successful completion of the EAD and indeed towards the conduct of the next census with approval of the release of N10 billion for continuation of the EAD.

“The president has graciously followed this up by further approval of an additional N4.5 billion to be included in 2021 budget for the completion of the exercise,’’  he said.

Women are they key to a post-Covid recovery 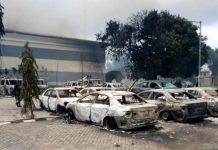 What You See In Igbo Movies Are Very True: Woman Laments How Her Father’s Corpse Was Hijacked By Kinsmen