Pope Francis celebrated Christmas Eve Mass on Thursday night amid coronavirus restrictions that reduced a normal crowd of as many as 10,000 congregants to a group of fewer than 100 people, according to reports.

The smaller-scale service was held in the rear section of St. Peter’s Basilica in Vatican City instead of the main section of the basilica, Reuters reported.

In addition, the evening Mass started about two hours earlier than normal so participants could return home before a 10 p.m. curfew took effect, the report said.

During his homily, the Roman Catholic leader urged followers to reach out to the needy, noting that Jesus Christ was considered an outsider.

“The Son of God was born an outcast, in order to tell us that every outcast is a child of God,” the pope said.

This year marks the eighth Christmas of the 84-year-old Francis’ pontificate, Reuters reported.

On Friday, Christmas Day, the pope is scheduled to read his traditional “Urbi et Orbi” (to the city and the world) message from inside the Vatican rather than from the central balcony of St. Peter’s Square, as Italy and the Vatican remain under a nationwide lockdown during the holidays.

During the lockdown, people are being permitted to travel only for work, medical or emergency reasons, Reuters reported.

Christmas traditions were also scaled back in other areas of the globe, including in Bethlehem, West Bank, considered the birthplace of Christ, and in Australia, Colombia, Brazil, Greece and the Philippines, according to The Associated Press.

In Bethlehem, dreary weather only underscored the low-key tone of Christmas events, the AP reported. But the city’s mayor tried to make the best of the situation.

“Christmas is a holiday that renews hope in the souls,” Mayor Anton Salman told the AP. “Despite all the obstacles and challenges due to corona and due to the lack of tourism, the city of Bethlehem is still looking forward to the future with optimism.” 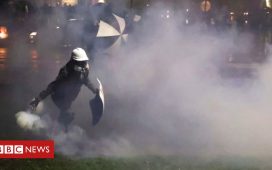 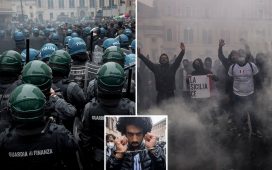 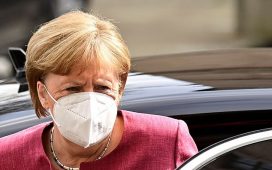