THE people of Ilesha in Osun State may have to live in darkness for a while, as damaged equipment, molestation of workers and lack of funds have stalled the rehabilitation of facilities.

The Managing Director & Chief Executive Officer, IBEDC, John Donnachie disclosed at a press conference in Lagos, that it would require about N240 million to rehabilitate the infrastructure.

Recall that some youths in Ilesha had a couple of weeks ago vented their frustration on the management of IBEDC for epileptic power supplied to them.

Reacting to recent situation, Donnachie, stated: “When a group of hoodlums, armed with dangerous weapons like guns, machetes and other sharp objects from Bolorunduro and Olomilagbala communities under Isare Service center, swooped on its office infrastructures, they shot sporadically into the air to create panic and chaos while their operation lasted.

“They forcefully gained entrance into the cash office, carted away money from our cash collections and took away mobile phones of some of our staff.

“The same group attacked our office at Oke -Omiru. The staff around scampered for safety. Then the Business Hub Manager, who tried to intervene, was slapped severally before a youth leader rescued him to his office.

“The hoodlums further proceeded to our Isokun Service unit and wounded some of our staff whilst some properties in the various offices were destroyed and monies carted away.”

The company noted it could not comprehend the cogent reasons behind these spates of orchestrated attacks, robberies and assaults on its staff and infrastructure, as they have had series of engagement with the communities and other communities on the power situation in the country.

“As a responsible corporate citizen, IBEDC senior officers with some officers from the Police, DSS and NSCDC paid a visit to the palace of Oba Adekunle Aromolaran, the Owa-Obokun of Ijesha land to intimate him of these incidents.”

“He condemned the act in its entirety and charged the security organizations to apprehend the perpetrators and bring them to book for such dastardly act. Based on the above developments we wrote to the Governor of Osun on the March 18, 2019 to seek his urgent intervention in the matter.

“On the strength of this letter we were able to embark on an assessment tour in conjunction with government representatives, prominent leaders of Ijesha land and heads of security agencies to ascertain the level of damage.

“The entire team observed that there was a deliberate, wanton and senseless damage to equipment, infrastructure, office furniture, vehicles and buildings, like the carnage witnessed on the battlefield,” it said.

The company said this was across its facilities at Oke-Omiru Business Hub, Oke-Omiru Injection Substations, Isokun Service Hub, Isare and Ilaje Service Hubs.

“We wish to state that we had experienced same kind of attack in Feb. 2016 and it took the intervention of the state government to restore normalcy.

“It is becoming apparent that these attacks on IBEDC are deliberate and intentional which portends that Ilesha is prone to violence and unrests, even though we operate in Ogun, Oyo, Kwara, Osun, part of Ekiti, Kogi and Niger States with minimal upheavals.”

He said sequel to the assessment tour, the company had written to the Governor of Osun on its findings, while requesting the government and the indigenes of Ilesha to financially facilitate the needed repairs and replacement needed for the restoration of electricity supply to Ilesha.

He said: “IBEDC as a business is currently operating at a great loss, moreover the Ilesha community is indebted to the company at a huge sum of N3.7Billion.

“I hereby say it succinctly that IBEDC is a customer-centric company with core values of excellence, innovation, integrity, dependability and teamwork.

“We hold our customers in high esteem and amongst other measures, we hold several weekly community engagements, run sponsored radio and television programmes across our franchise where we educate and engage customers and stakeholders on issues concerning our business operations. These platforms were introduced to serve as feedback mechanism for our customers to engender better service delivery.” 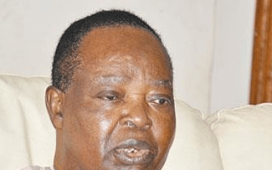 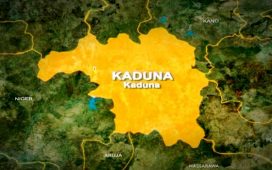