Pondering a change? Here are some signs it’s time to find a new job


Even when you know, deep down, that you’re not happy at your current job, it can take a while to make the big move.

You want to be sure, after all. It’s always scary to make a big leap if you’re not absolutely certain it’s the right decision.

Everyone’s end point is different, and only you can really know when it’s time to go.

But there are some common signs that perhaps your current work situation isn’t working.

We chatted with Paul Farrer, the founder of recruitment agency Aspire, about the clear-cut signs you’re ready for something new.

Ticking off more than a couple of things on this list? Get job-hunting.

Okay, so you’ve reached that point where you’re bored, uninspired, and completely demotivated. You’re struggling to muster up any excitement for the role, or just feel like you’re doing the same things day in, day out.

That’s a definite sign that you’re ready for a new challenge. Have a search around for other roles that will help you get your spark back.

Your mental and physical health is suffering

‘In some sectors, there is a culture of overworking where pulling all-nighters, working weekends and holidays is expected and sometimes even celebrated,’ says Paul. ‘Some firms take the view that if you aren’t doing this then you aren’t committed.

‘Sure, this might suit some people, but for others it can have a damaging impact on both mental and physical health.

‘People struggling to strike the right balance between work and play, and suffering as a result, owe it to themselves to make a change.’

Your workplace wasn’t great during the pandemic

The last year might have brought some uncomfortable truths to light.

Perhaps your boss forced people back into the office too quickly, or wasn’t considerate of the mental health impact of life in lockdown. Maybe they even abused the furlough scheme.

Paul tells us: ‘If you find yourself questioning your employer’s behaviour and their stance on certain issues, then consider working for someone else.’

Diversity and inclusion is an issue

‘If you want to work in a diverse and inclusive environment and your employer has no interest in reflecting the society you live in or has a “tick box” approach to be seen to be doing the right thing, it’s time to move on,’ says Paul.

‘With 54% of women and 45% of men already checking diversity and inclusion policies before considering joining a new employer, you wouldn’t be alone if this is a priority of yours.’

You’re up against unrealistic targets and expectations

Work should be challenging, sure, but not impossible.

If you can never meet the targets set and senior team members just aren’t accepting that their requirements are unrealistic, this might not be the place for you.

Your next move is blocked (or doesn’t exist)

‘Ambitious people will become frustrated quickly if their progression within a company is blocked or, even worse, non-existent,’ says Paul. ‘If a company structure is rigid and promotion opportunities are limited or there’s no next move, applying for a new job with plenty of opportunity for growth could be a smart decision.’

Your skills are in high demand, and you don’t feel valued where you are

Paul explains: ‘Right now, we’re seeing something called a candidate short market. By this, I mean there are lots of job vacancies but not enough people to fill them.

‘It’s ultimately a good thing for jobseekers, because there’s such high demand for workers following the reopening of the economy.

‘With this in mind, it’s worth chatting to a recruiter or doing some research to find out if your skills are sought after. If that’s the case, and you’re confident of receiving a better all-package somewhere else, now is a great time to change roles.’

Paul Farrer is the founder of Aspire, a specialist creative, technology and sales recruitment agency.


MORE : Signs you’re dealing with a toxic boss at work – and what to do about it


MORE : Struggling with self-doubt? Here’s how to tackle a confidence crisis when it comes to work


MORE : How to handle gaslighting at work 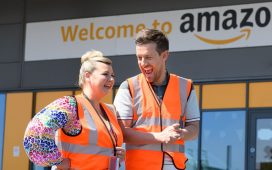 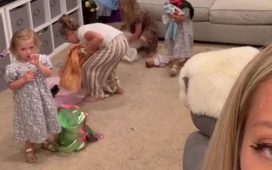