A prominent political activist has allegedly been threatened in his Sydney home by three men who appeared to try to force their way inside before fleeing when police were called.

Paddy Gibson, an activist with the Solidarity socialist movement and a researcher at University of Technology Sydney, said he was at home with his partner when he heard loud banging on his door about 7.30pm on Saturday night.

One of the men demanded that “Paddy” come outside, but when Gibson replied he wasn’t home, the man and two others appeared to try to force their way inside.

The trio kicked at the door, smashed a window and damaged a security screen before leaving, Gibson told Guardian Australia, with the incident lasting about five minutes.

He told the officers he had seen two of the men wearing t-shirts featuring the Eureka flag and he believed he was targeted because of his activism. He did not recognise the men who he described as “skinheads”. He did not believe they were armed.

Gibson has previously received death threats via email, social media and phone messages, with these threats escalating when he became involved in organising Black Lives Matter marches last year, but he had not previously been confronted at home.

He reported the previous threats to NSW police, but it is understood their investigation into these threats had been suspended.

Gibson’s children were not home at the time of Saturday’s incident, he said.

“I really thought they were coming into the house to hurt us. It was very scary that it was half an hour before the police turned up.”

Gibson was not aware of any specific recent activist work he had done which may have motivated the violence.

While anti-lockdown protesters, some of whom have joined forces with far-right groups, have targeted politicians at their homes in Victoria and shared politicians’ home addresses on social media, Gibson does not believe his address had been circulated prior to the incident.

The Solidarity movement opposes lockdowns and vaccine mandates but has been critical of those in the far-right who have attempted to co-opt the anti-lockdown movement to further their own agenda.

Gibson said he was “constantly active” on social media in relation to issues including Aboriginal deaths in custody and the trade union movement. But the men who attended his house gave no indication of why he had been targeted.

“This is a really deeply troubling escalation of political violence, which there must be zero tolerance for in Australia,” he said on Sunday. “I’m calling on the police to rapidly and urgently resource this investigation and bring these criminals to justice.”

A NSW police spokesperson said detectives were investigating a report of “malicious damage” and officers had attended the house on Saturday night to establish a crime scene.

The spokesperson did not comment on how long it had taken officers to attend or whether the incident was being investigated as an act of political violence. 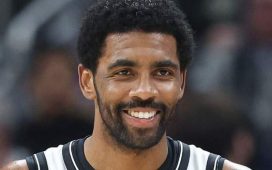 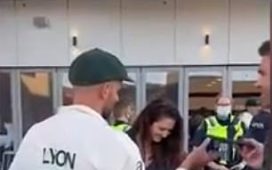