Polio risk could soar if parents and children fail to get vaccinated, warns expert

Polio, the paralysis-causing disease, was officially eradicated in the UK in 2003 and the last domestic outbreak was in the 1970s. However, a lack of vaccinations has meant polio has returned globally

For the risk of polio to remain low, parents must ensure their children are vaccinated (

A health probe has been launched to track down the source of polio virus found in raw sewage samples in London earlier this year, sparking concerns the infectious disease is on the rise again.

Polio has existed as long as human civilisation, dating back to ancient Egypt.

The cause for its recent global resurgence is largely due to dwindling vaccination rates, which has allowed the disease to creep back.

Polio is caused by a virus that spreads easily when an infected person coughs or sneezes.

It can also be caught from food or water that’s been in contact with the poo of someone who has the virus.

Kripen Dhrona, CEO of the British Polio Fellowship, spoke exclusively with the Mirror to discuss what this return could mean for us all and to explain more about the vaccination programme.

Polio in London – how worried should we be?

“Although we need to be worried, I do not want people to unduly panic,” Mr Dhrona began.

“The risk to public health is very low, but by encouraging polio vaccine take up, we can ensure that this risk remains low.

“The battle to eradicate polio has been ongoing since the 1950s, but this incidence shows that we cannot be complacent and must remain vigilant.”

Polio discovery: Hunt for home at epicentre of UK outbreak after ‘carrier arrived in UK’

When asked about the vaccination for polio, Kripen said: “Polio will not be defeated until all traces of the virus are eradicated and we can only do this by keeping up the vaccination programme.

“I urge the government to ensure the health services in the UK have the resources they need to ensure any vaccine demand can be met.”

Polio can have devastating effects, not only to individuals but in communities.

What is the polio vaccine schedule?

“Anyone moving to the UK would normally present vaccine status evidence and if they have not had a polio vaccine, they would be offered this on entry,” he explained.

“We need to ensure that the vaccine has at least a 95% take-up rate.”

He further explained how polio is part of the childhood immunisation programme and offered as follows:

Polio will paralyse unvaccinated child if allowed to spread in UK, expert warns

In terms of polio symptoms and how the virus can affect a person, Kripen said: “Polio for most people will pass with mild flu like symptoms, however, for a small percentage this can be a lot more serious and result in a range of paralysis, muscle weakness and compromises in respiratory systems.

“Polio in a small number of cases can be fatal.

“However, the virus can affect people in different ways as indicated above and people should seek medical advice if uncertain.”

UK polio outbreak: Parents warned to make sure kids up to date on crucial vaccinations 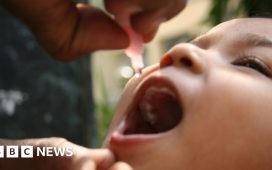 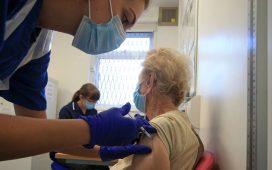 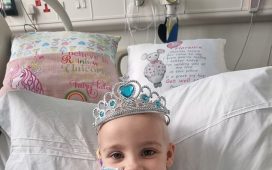 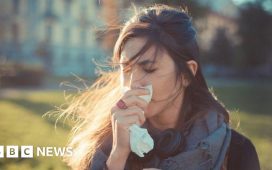 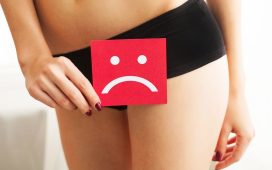