NEW YORK (CBSNewYork) – Police say an Asian man was threatened while riding the subway in Manhattan. 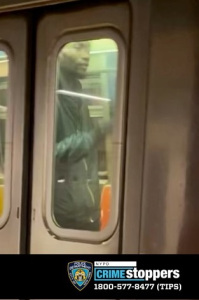 According to police it happened Wednesday at 4:30 p.m. as the train was approaching 34th Street and 6th Avenue.

Police say the suspect was panhandling on the train when he walked up to an Asian man and asked him if he was Chinese. He then threatened to kill him unless he gave him his bag an phone.

Luckily the victim was able to get off the train and wasn’t hurt. He also managed to hang on to all of his property. The suspect stayed on the train.

The incident is being investigated as a possible hate crime.