POLICE have slammed a “stupid” girl who was filmed dangling off a balcony 11 floors up to get the “perfect” social media photo.

A horrified guest of a nearby hotel filmed the woman who risked her life at the Seaside Resort in Mooloolaba on Queensland’s Sunshine Coast.

The footage shows the woman clinging onto the balcony rail with nothing below her as another person takes pictures.

At one point she kneels on the ledge of the balcony as her photographer takes more images.

After capturing the picture, the woman struggles to pull herself up back onto the safe side of the balcony but eventually, she manages to make it over safe.

“These people are putting their lives at risk for a trivial photo,” he said.

“It is foolish behaviour, and falling from a building that high never ends well.

“I would also like to see behaviour of this kind see the individuals end up in court explaining themselves to a magistrate.”

Speaking to 9News, the man who caught the footage, James said: “I just though one slip and she’s gone.”

“Next photo might have been her on the ground.”

Last year a woman in Mexico fell from her 82ft balcony after losing her balance performing an extreme yoga pose.

Alexa Terrazas, 23, broke 110 bones after she slipped from her apartment in San Pedro.

A friend of the 23-year-old took a snap as she hung precariously from the balcony’s railing, just moments before slipping and falling to the ground below.

DON’T BE A STRANGER

In 2018 a woman fell to her death after she tumbled over a balcony railing while taking a snap.

According to local reports, nearby construction workers had shouted to her to get off the railing but strong winds meant she couldn’t hear them.

A shocking study released in 2018 found between 2011 and 2017, 259 people were accidentally killed while taking selfies. 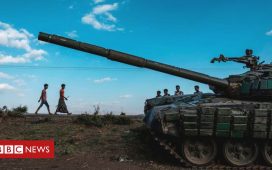 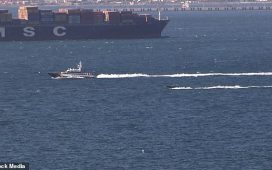 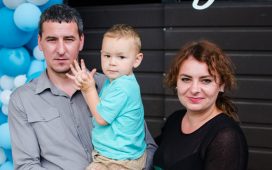