CRUCIAL intelligence gathering is at risk because of a huge reduction in neighbourhood cops, Labour claims.

She added: “This has done huge damage to the vital intelligence gathering work of PCSOs.”

A Government spokesman said: “The deployment of PCSOs is a matter for Chief Constables and Police and Crime Commissioners.” 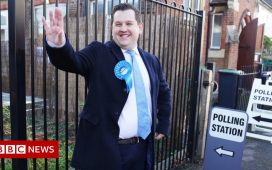