As soon as I opened my front door and saw two officers standing in front of me, my initial thought was they were probably carrying out some neighbourhood enquiries on a crime within the area.

But when they addressed me by my name, asked me if I had been at the supermarket earlier that morning with a young child, and then requested to see the child, that’s when it clicked.

Someone had reported me – an Asian man – for ‘dragging a distressed white child into his car’. The child? My own son. And the cause of the distress? A very mild tantrum about not being able to play on a kiddie ride at the supermarket.

What followed was one of the more surreal experiences I’d ever encountered.

Six years ago, my partner and I started our family. I am British Asian and my partner White British; we are a same-sex couple and are incredibly fortunate and proud to be parents to two amazing boys.

Our eldest child is olive skinned with dark brown hair – a mixed-race child – and our younger son is white with white-blonde hair and blue eyes, having a striking resemblance to the Milky Bar Kid!

We don’t think about the genetic or racial differences between us all; for us they are simply our sons

Fast forward to lockdown and one of our daily permitted family walks around the block. Being our rather unique family bubble, we regularly received some looks of intrigue, and on one occasion a passing motorist winding down their window and shouting ‘one household!’ at us.

It resulted in plenty of eye rolling on our parts but wasn’t too hard to shrug off given the febrile atmosphere at the time.

On the day the police knocked on our door, hours beforehand I’d driven to the shops with my youngest in the backseat.

It was the height of the pandemic and I was parked right outside the supermarket in a parent and child space. There was a constant queue of over 50 people waiting to get inside – three metres away from my car.

After queuing for around 15 minutes, we spent another 20 minutes shopping for some basic groceries. On the way out, my youngest son spotted a Bob the Builder kiddie ride, but I didn’t have a pound coin, and we’d already left, so I wasn’t prepared to re-join the queue.

He started to have a tiny meltdown, as I’m sure all parents can relate to. Without being flustered or rushed, I did my best to reassure him we’d come back another day as I got him into the car. Within seconds of driving off, he’d forgotten about the ride and we drove home happily playing I Spy.

About an hour and a half after getting home the police knocked on my door.

After they explained why I was being visited, I let them into my house and my initial feeling was not one of anger, but nervousness. I immediately called my partner down from our home office. At the same time, my son ran smiling into the hallway and hugged my leg.

My partner said this report was ridiculous racial profiling – casual racism at its worst. That it would never happen to him if the tables were turned. In fact, he has never experienced curious looks or negativity when he is with either or both of our very different-looking sons.

Why would someone call the police instead of believing that I was a loving father?

The police turned on their body cameras and started recording. I guess this is normal protocol but it made me feel very uneasy. They explained a member of the public had reported a man pushing a crying child into his car and they had to investigate.

Of course, I understand certain situations may warrant a call for the police to investigate and it’s better to be safe than sorry, but I’ve replayed that day in my mind many times and find it difficult to comprehend why someone would do this.

I want to believe the situation was extremely misjudged. And I could leave it at that. But I couldn’t help feeling incredibly dismayed; I was sure this report was simply down to the difference in skin colour of a father and his son.

Yes, my son was crying as I put him into the car. But I was putting him into a car seat, while parked in a parent and child space, in front of a crowd of 50 people – hardly the actions of a child abductor. Why would someone call the police instead of believing that I was a loving father, or maybe an uncle or family friend? And why not approach me to ask if everything was OK?

Knowing the conversation was being recorded, I became very passive, explaining the details of our journey to parenthood and pointing out family photographs on the walls.

Once the police were satisfied that I was indeed not an abductor, I asked them if they would go back to the member of the public and explain our family dynamic; it would be an opportunity to educate. They said they would not.

After they left, my partner and I initially tried to laugh the whole thing off. But that evening, after kissing my boys goodnight, I began to feel real anger. This was my son. Why was I so meek? Why didn’t I put my foot down and show my annoyance to the police?

I was very relieved my eldest son was at school at the time. Having to explain this situation to him would have been a difficult and upsetting conversation for both of us.

For a while, this situation unnerved me. I began to worry – what if my youngest son had another meltdown and I had to be stern with him in public, just as I would be with my other son? In the months that followed, I found myself consciously avoiding taking him out on his own in public places.

I always knew that my family would garner some intrigue, however after this incident I became self-conscious of being with my ‘white’ son. I could not shake off the thought that someone had viewed me as a child abductor.

I already have experience of being ‘different’ as gay and Asian. But this was bigger, this was about my family, and I was not prepared to go backwards.

Our family is the epitome of diversity, and we are proud of that. It only occurs to me that our children have opposite skin tones when someone else has a need to point it out. We’ve always made sure to teach our children that differences from the perceived norm are no big deal and prejudice has no place in society.

I’m not sure what could change so that mixed-race households like mine don’t go through similar things in future. But for now, it’s comforting to know that mixed-race relationships and their children are the fastest growing demographic in Britain, and that family units are being created in all sorts of shapes and sizes.

I remain hopeful that by the time my children start their own families, certain characteristics that are used to define people will be a thing of the past. Until then, we will carry on promoting our modern-day family with pride.

And if you’re wondering, did my son ever get to go on the kiddie ride? Yes, several times.


MORE : Without surrogacy, our perfect family wouldn’t be here today


MORE : Made In Chelsea’s Ollie Locke shares heartbreak as surrogate miscarries at six weeks: ‘This is the last thing I want to be writing’ 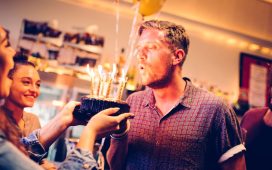 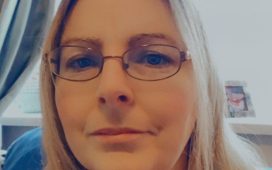 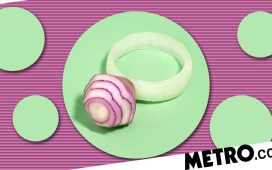 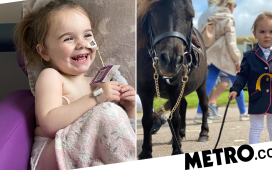 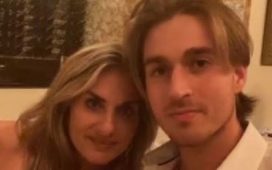 Cocktail of the week: Pantechnicon’s sake and smoked clementine | The good mixer