The Osun State Police Command on Sunday said it had arrested and detained a trigger-happy police officer who shot dead a truck driver on Friday at the Ota-Efun area in Osogbo, the Osun state capital.

The policeman, identified as Sgt Moses Samuel alongside his colleagues, had allegedly hit the innocent driver, Mallam Kabiru Babai with a shovel before shooting him in the chest with a pistol. 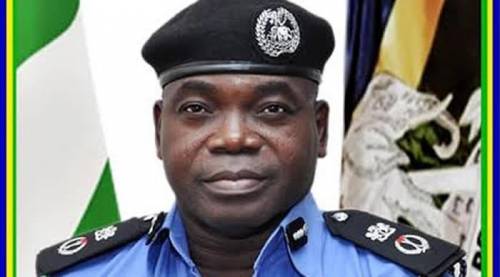 The police officers were said to have fled the scene after confirming the death of Kabiru.

SaharaReporters earlier reported that the incident which happened on Friday, December 3, 2021, led to a protest as some aggrieved drivers blocked the road to protest the death of their colleague.

It also reported that the deceased, Kabiru was driving a borehole drilling truck before he was brutalised and shot dead by the police officers.

It was further learnt that the drilling truck had broken down along Ikirun Road around 10:30 am, allegedly blocking the road. It was while the driver and others with him were trying to fix the vehicle that the police officers arrived.

An eyewitness had said, “The police officers who came down from a mini commercial bus (Korope) hit the driver with a shovel under the truck before he was shot with a pistol in the chest.

“The police officers immediately after the act, took off their uniforms and ran away.

“Police were shooting guns and teargas to scare away the angry crowd, while they took away the corpse of the driver.”

Meanwhile, the spokesperson for the state police command, Yemisi Opalola said they had identified the trigger-happy police officer, adding that he had been arrested and detained.

Opalola revealed this in a statement made available to SaharaReporters on Sunday.

She added that the command had embarked on further investigation into the incident.
She assured that the suspect would be adequately charged to court upon completion of the investigation.

Opalola noted that justice would be served as such would curtail future occurrence and also serve as a deterrent to other police officers.

According to her, the state police commissioner, Olawale Olokode also extends his heartfelt condolences to the family, colleagues and friends of the victim.

The statement read; “The Osun State Police Command in its continued efforts to curtail all forms of indiscipline and acts of unprofessionalism, has arrested and detained the police officer, Sgt Moses Samuel who shot at one Mallam Kabiru Babai ‘m’ 33 years yesterday, 3rd December, 2021 around Kobogbogboe/Ota-efun Area, Osogbo.

“Investigation and disciplinary actions have commenced and the suspect will be arraigned in court after completion of the Orderly Room Trial. This we hope will serve as a deterrent to other officers of his likes.

“The Commissioner of Police, CP Olawale Olokode, psc is using this medium to express his condolences to the victim’s family, colleagues at work, and friends, and pray to God to put an end to this kind of unfortunate incident. He also assures members of the public that, justice will be served.”