An ambitious vertical ‘floating laboratory’ constructed with help from the French government will use sensors to gather data from waters in the Southern Ocean.

Polar Pod, the creation of French explorer and environmentalist Jean-Louis Etienne, will be transported from South Africa to Antarctica waters horizontally, but will flip into a vertical position to start its operations.

Ballast tanks – on-board compartments that fill up with water – will keep the spindly structure steady and from popping up out of the ocean or falling sideways, even in adverse weather.

The manned vessel has been designed without an engine – it will instead be carried by the Antarctic Circumpolar Current – a 13,000 mile loop of ocean water that flows around Antarctica.

The ambitious construction will be 328 feet (100 metres) in length – taller than the Statue of Liberty in New York (which is 151 feet from the base to the torch).

Polar Pod will complete a circuit around Antarctica twice in three years, using sensors to gather data about the ocean’s carbon absorption levels and acidity, as well as wave dynamics.

Construction of the Polar Pod, which will be funded by the French government, has not yet begun, but Etienne hopes it will set sail in 2024. 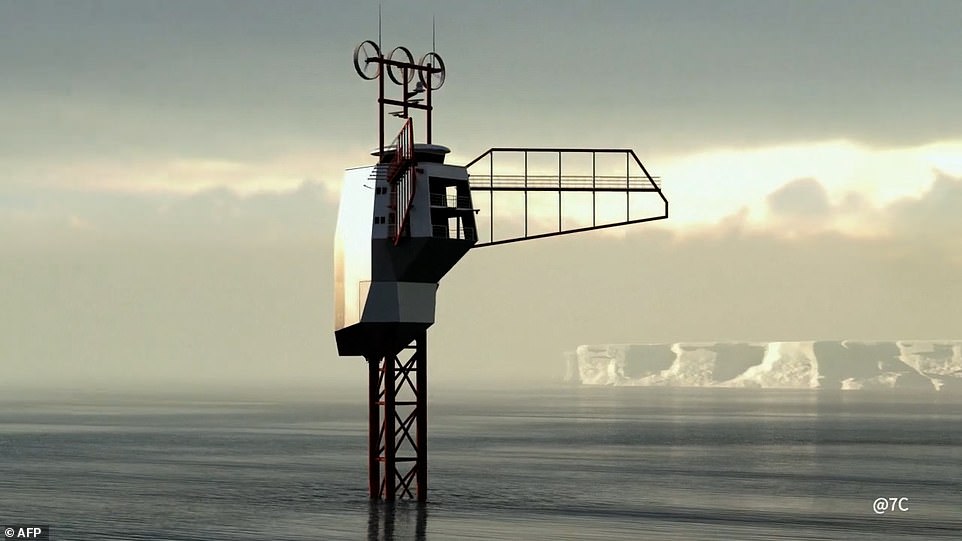 Artist’s concept of the floating vessel. The compartment that sticks out of the water, pictured, will house eight people at any one time 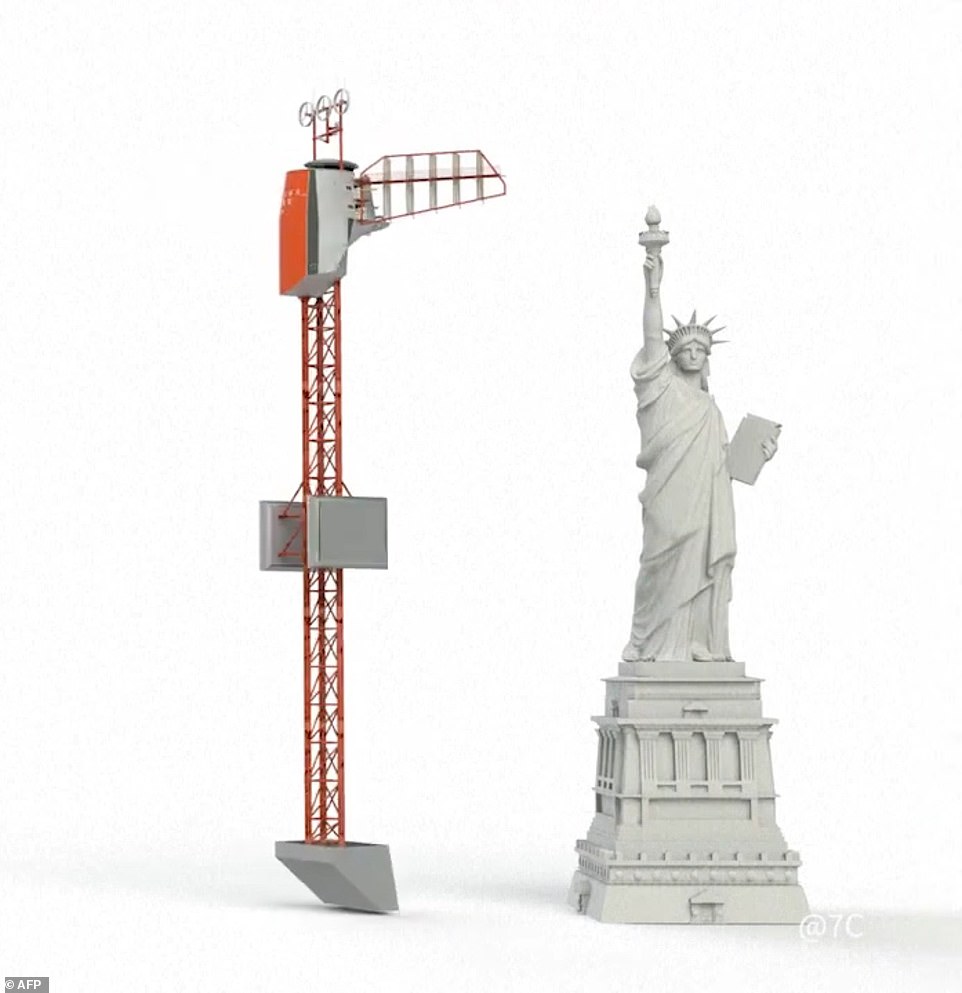 WHAT IS THE ANTARCTIC CIRCUMPOLAR CURRENT?

The Antarctic Circumpolar Current is a 13,000 mile loop of ocean water that flows around Antarctica.

It’s driven by the confluence of smaller currents from the Pacific, Atlantic, and Indian Oceans, all of which meet around Antarctica.

It is the most important current in the Southern Ocean, and moves more water than any other current on Earth.

It is the only ocean current that flows around the globe.

It’s responsible for absorbing and channeling warmer water away from Antarctica, helping keep it frozen.

‘Like a satellite around Antarctica, Polar Pod will allow the acquisition of data and long-term observations that will be transmitted to researchers, oceanographers, climatologists [and] biologists,’ Etienne says on his website.

‘This platform, which is 100 meters high and weighs 1,000 tons, is sized to tackle the biggest waves in the world.’

Despite its top-heavy appearance, Polar Pod is actually ‘much more stable and comfortable than a traditional ship’, he claims.

Etienne would not disclose how much he anticipates the project to cost, but revealed 43 scientific institutions from 12 countries are involved.

A crew of eight people will be on board the Polar Pod at any given time – two sailors to navigate icebergs, three researchers and a cook – but staff will be constantly rotated, much like crew aboard the International Space Station (ISS).

The staff will be housed in a multi-level compartment right at the top of the vessel, which will be about 65 feet (20 metres) above the water’s surface.

The ballast tanks below the living compartment will be submerged, keeping the whole structure steady, Etienne told CNN. The one at the very bottom will weigh 1,000 tons.

Polar Pod will also use underwater microphones called hydrophones to record distinct sound waves emitted by different sea creatures, to provide a census of how common they are in the region.

Electricity generation will be provided by wind turbines and photovoltaic cells, making it energy efficient and having ‘a very limited impact on the environment’.

The main focus of the mission will be the ocean’s capacity to absorb carbon dioxide (CO2) from the atmosphere, which makes waters more acidic and can kill marine life. 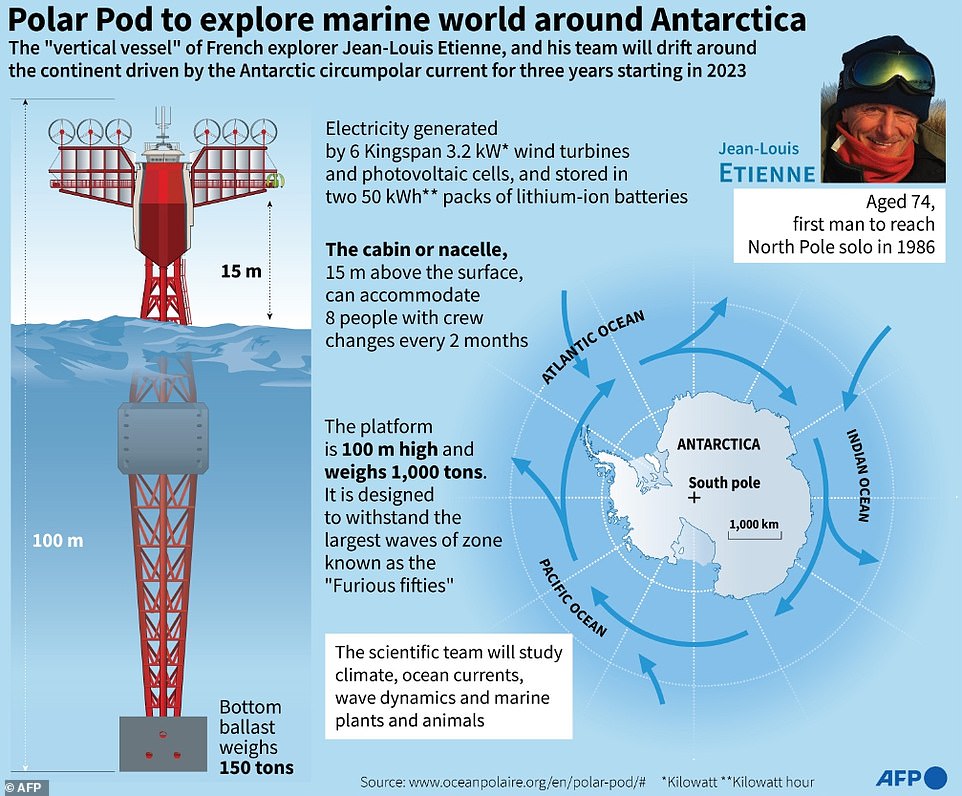 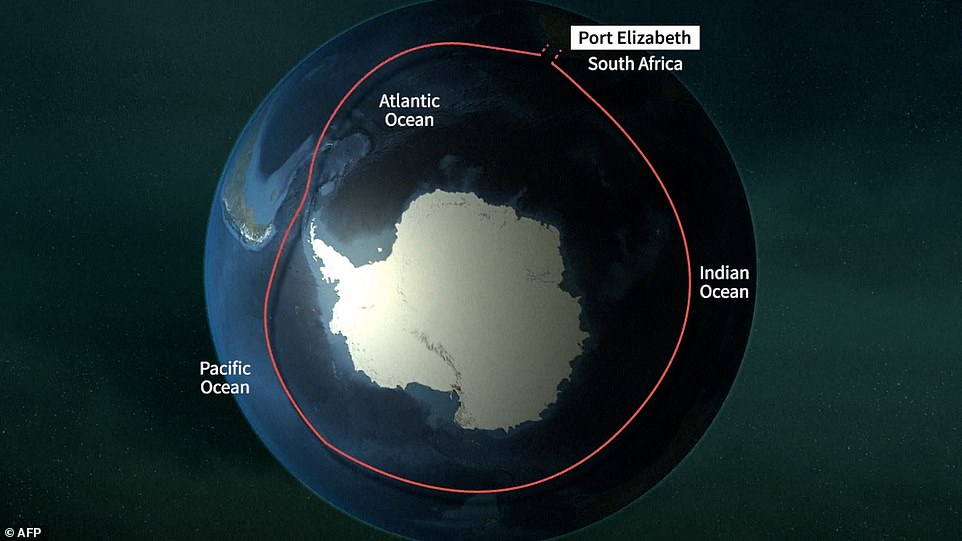 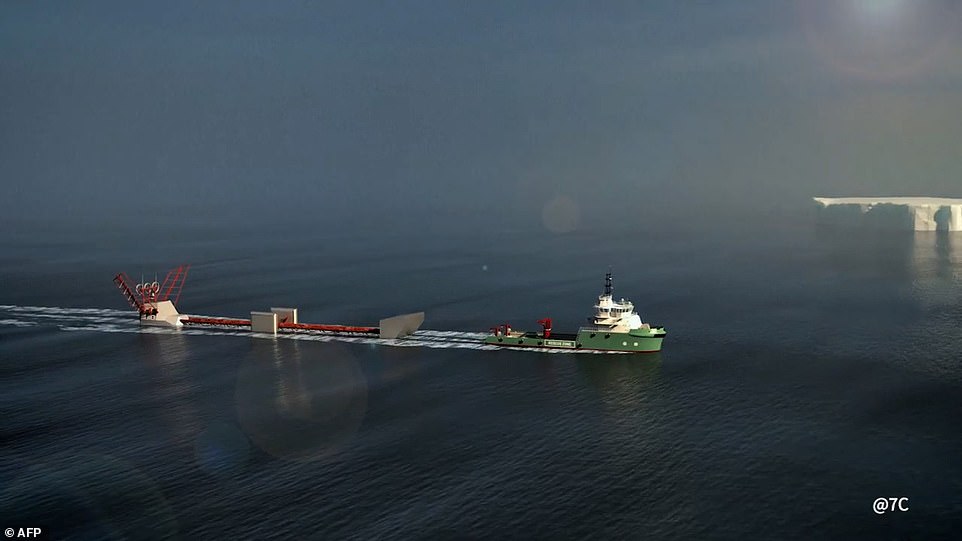 The floating laboratory will be transported from South Africa to Antarctica waters horizontally, but will flip into a vertical position before staring operations 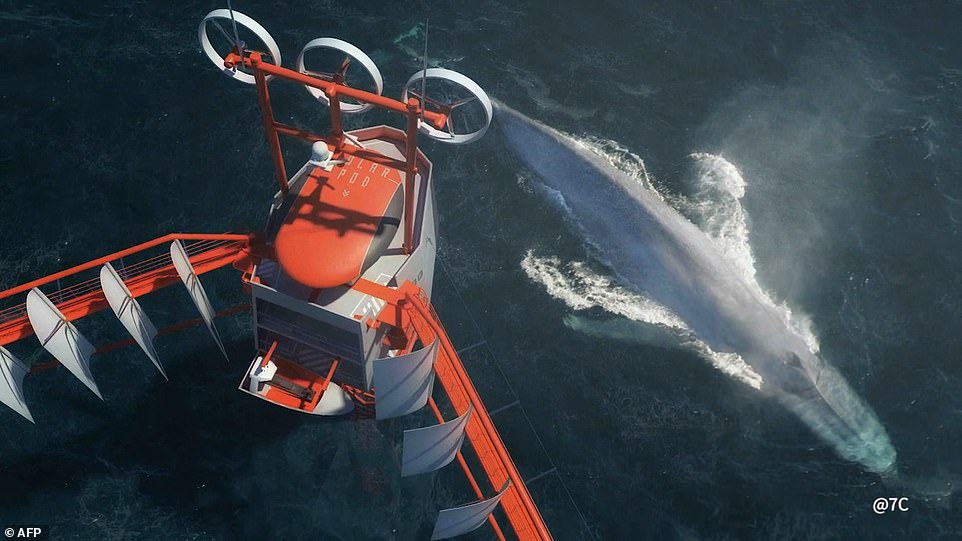 The ocean absorbs about one-quarter of the CO2 that humans create when we burn fossil fuels including oil, coal and natural gas.

The ocean is a carbon sink – meaning it absorbs more carbon from the atmosphere than it releases.

‘This very large area of cold water all around Antarctica is the largest ocean carbon sink of the planet,’ Etienne told CNN.

‘The stability of the Polar Pod will allow the scientists to get this information.’ 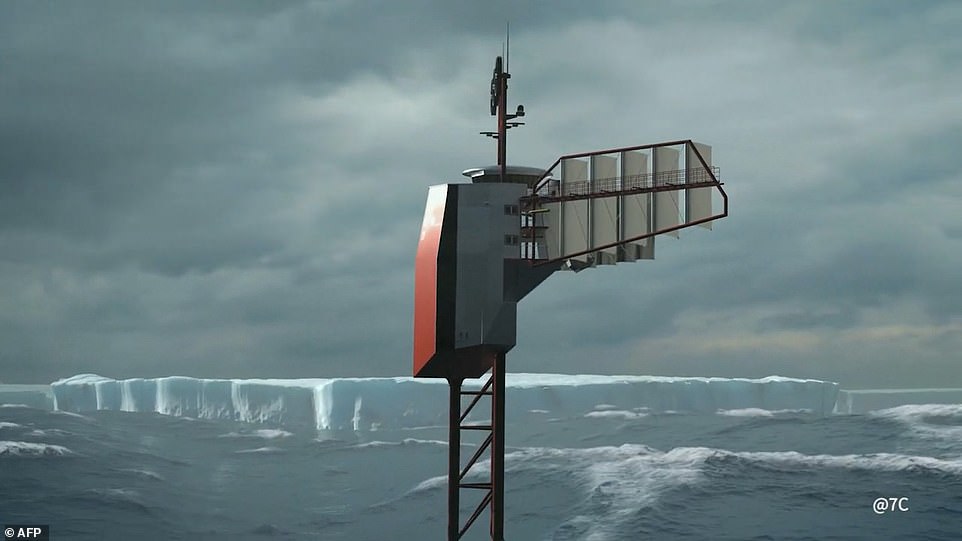 Even in adverse weather, Polar Pod will be supported by its ballast tanks. However, four sailors on-board will be tasked with navigating and deploying sails to avoid icebergs 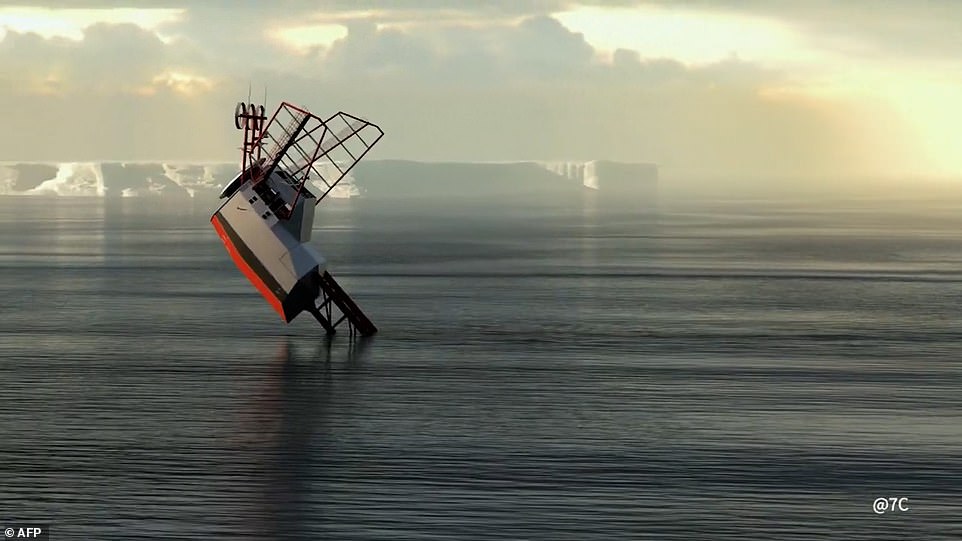 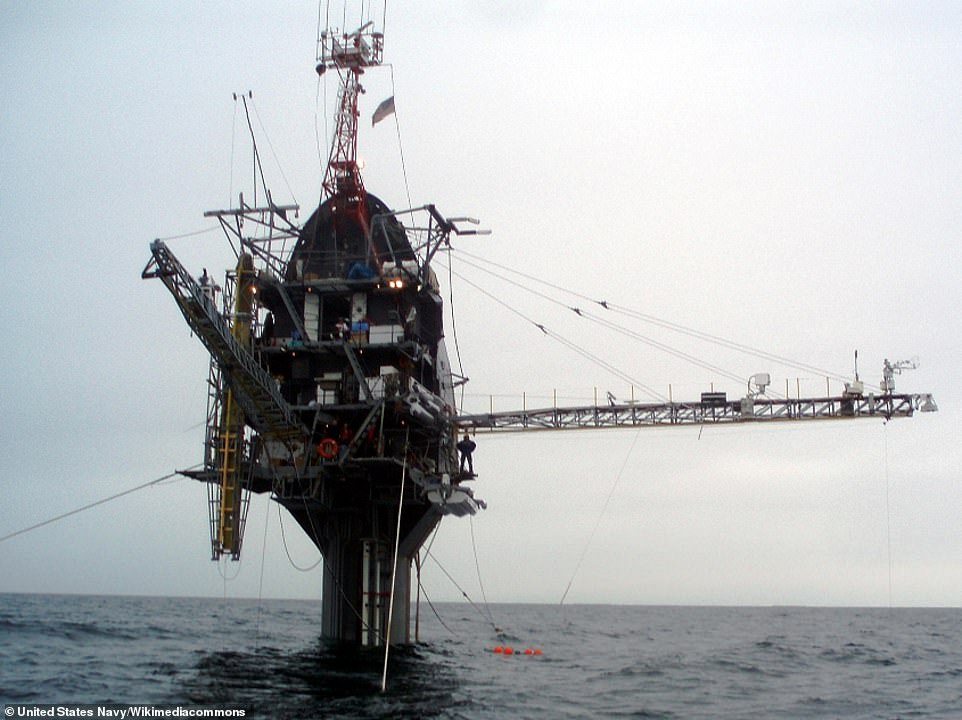 FLIP, the FLoating Instrument Platform, is a 355-foot-long research platform that can be deployed for oceanographic research

Polar Pod is actually inspired by an existing US Navy ship, the Floating Instrument Platform (FLIP), which was launched way back in 1962.

The ship conducts investigations in a number of fields, including acoustics, oceanography, meteorology and marine mammal observation.

FLIP has the ability to drift over the ocean like a ship, yet transform into a vertical buoy in pursuit of scientific research, making it one of the most unique ships on the water.

The world’s oceans are better at soaking up carbon dioxide than most scientific models have previously found, according to a 2020 study led by the University of Exeter.

Although emissions of carbon dioxide are easily quantifiable, how much goes into the atmosphere and how much is absorbed by bodies of water is hard to calculate.

Previous estimates of the movement of carbon (known as ‘flux’) between the atmosphere and oceans have not accounted for temperature differences at the water’s surface and a few metres below.

The research calculated CO2 fluxes from 1992 to 2018, finding up to twice as much net flux in certain times and locations, compared to uncorrected models.

Oceans may actually soak up an extra 0.9 petagrams of CO2, the same as 900 million metric tonnes, the study revealed.

The researchers say this is equivalent to ten per cent of global fossil fuel emissions.

‘Half of the carbon dioxide we emit doesn’t stay in the atmosphere but is taken up by the oceans and land vegetation ‘sinks’,’ said Professor Andrew Watson at the University of Exeter’s Global Systems Institute. 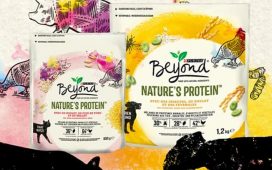 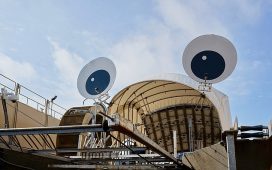 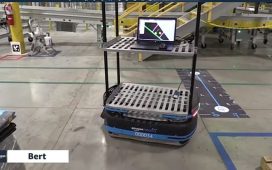 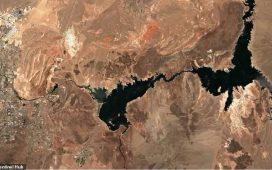 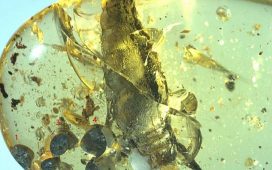 Snail fossilized in amber while giving birth 99 million years ago