POISONED Kremlin critic Alexei Navalny has thanked pilots and medics for acting so quickly to save his life.

The Russian opposition leader fell into a coma on a flight to Moscow.

Yesterday he posted a pic of him hugging wife Yulia and told how pilots “quickly landed in Omsk” and medics at the airport “jammed a dose of atropine” into him.

He added: “Thank you, unknown good-hearted friends. You are good people.”

After 48 hours in Omsk, where doctors said they found no trace of any poisoning, Navalny was transferred to Berlin.

German experts determined he was poisoned with Novichok.

‘LORD OF THE RINGS MONSTER’

Navalny, 44, a longtime foe of President Putin, was discharged from the hospital earlier this week.

At the time of leaving hospital, the Russian revealed he looked like a Lord of the Rings monster when he woke from a coma.

Navalny, collapsed on a Russian domestic flight after falling victim to nerve agent smeared on a water bottle in an airport cafe.

As he left hospital, Mr Navalny wrote on Instagram: “The first time I was brought to a mirror, after 24 days in intensive care, a character from the Lord Of The Rings looked back at me. It was not an elf.”

“I was terribly upset.

“I thought that I would never be discharged but doctors continued to work their miracle.”

The dad of two also told how thoughts of his wife Yulia “saved him”.

He added: “Whatever scientific or medical explanation there is, I know for sure from my experience: love heals and brings you back to life.

“Yulia, you have saved me, and I want it written down in neurobiology textbooks.” 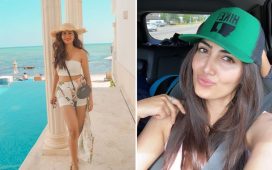 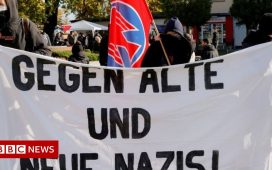 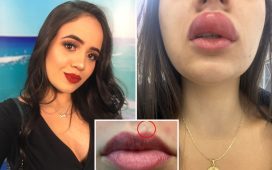