Boris Johnson will face a showdown cup of tea with Prince Charles after his plan to deport asylum seekers to Rwanda sparked outrage.

The pair will meet at the Commonwealth Heads of Government Meeting (CHOGM) in the capital Kigali – where the Prime Minister is due to kick off an eight-day diplomatic whirlwind.

The summit is a few miles from the hostel where asylum seekers were due to be forced from Britain under a £120m deal.

It will be the first time the pair have met since explosive reports the Prince of Wales branded the policy “appalling”.

Prince Charles will meet the Prime Minister in Rwanda
(

Clarence House has not confirmed or denied the private comments, which also include that the heir was “more than disappointed”.

Government sources expected the pair to have a one-on-one “side conversation” at the margins of the summit, their first since June 3.

“They are due to meet, obviously they will encounter each other during the summit but they are due to have a bilateral discussion as well,” the Prime Minister’s official spokesman said.

Prime Minister Boris Johnson will meet with Charles on Friday
(

Clarence House confirmed the Prince of Wales will hold a private meeting with Prime Minister Boris Johnson on Friday morning in Kigali.

Mr Johnson will pay a visit to the future king and “share a cup of tea” before they each undertake a schedule of events for the programme in Rwanda.

The pair will likely be pictured together at the CHOGM official heads of government picture taken at the ceremony.

Government sources claimed their conversation was likely to focus on the summit’s priorities, which include the Ukraine war, trade and investment, climate change and girls’ education.

But there has been widespread outrage over removal flights costing up to £500,000 each – and fears over Rwanda’s human rights record. 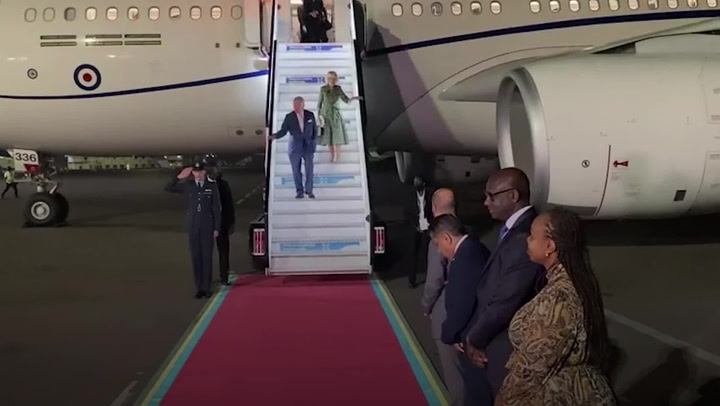 Hours before he set off, Mr Johnson vowed to press on with the flights and change UK law so he could ignore the European Court in future.

After Rwanda, he will jet to the G7 leaders’ summit in the Bavarian Alps followed by the Nato summit in Madrid.

CHOGM is the first meeting for four years of the 54 Commonwealth nations – with 2.5billion citizens – after Covid delayed it twice.

Protesters demonstrate outside the Home Office over Rwanda scheme
(

Yet two by-elections 5,000 miles away could decide his future.

Polls open at 7am tomorrow in Wakefield, which Labour are tipped to regain. And the Lib Dems claim they could overturn porn-watching Tory Neil Parish’s 24,000 majority in Tiverton and Honiton.

Losing both by-elections would spark a new wave of Tory anger less than three weeks after the PM survived a no confidence vote.