For years, Michael Christopher Brown had noticed the planes from the road leading to the Democratic Republic of the Congo’s Goma airport. From his first visit in August 2012, they drew his gaze like a magnet, abandoned and inaccessible. “There was a military installation there and a UN base next door,” Brown says. “People would be selling goods to soldiers and you’d see the children crossing the runway. For a foreign photographer, it was off limits.”

Then, in November 2012, the rebel faction M23 arrived in the area, government forces retreated and suddenly there was a window of an hour, maybe two. Brown, the film-maker Daniel McCabe and Horeb Bulambo Shindano, their Congolese friend and fixer, followed the kids all over the aircraft, Brown doing portraits, McCabe shooting footage.“So many things were going through my mind,” Brown says, not least the contrast between modern aviation equipment rendered defunct, and children who had nothing, taking charge.

“At the time, in 2012, and still today, I often use the phone to take photographs,” he says. “I love the simplicity of it and how I feel closer to whatever I happen to be photographing. Often people will forget that I’m taking pictures.”

Of all his Congo work, this series is Brown’s favourite. “It speaks to hope more than it does to any sort of victimhood. These children are rising above. They’re in control of these planes. They’re using them as their playground.” 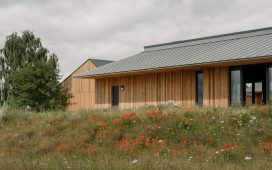