We all know there are serious risks involved when it comes to cosmetic surgery – but did you know that some of the most dangerous procedures can leave you with concrete in your bum?

That’s what one plastic surgeon has claimed after he spoke about the craziest things he’s seen in patients that have come to him asking for help.

Jerry Chidester, 40, has gone viral on TikTok (where he posts under the username @drchiddy) for sharing eye-opening videos into the world of plastic surgery and now has over 40,500 fans on the video-sharing platform.

The surgeon initially made a name for himself for giving “Mummy makeovers” to women in Salt Lake City, Utah, US – which is a procedure that involves a breast lift, breast augmentation to add back volume lost after breastfeeding, a tummy tuck and skin or scar removal and may also include liposuction.

Jerry Chidester is known as the ‘Dancing Plastic Surgeon’ on TikTok
(

He said: “I love doing mummy makeovers, or as I like to call it a ‘mummy takeover’ because it sounds more empowering in my mind – women taking back control or taking over control of their body after having children.

“Many of my clients are young mothers who have had children very young – four, five or even six kids – and their bodies are just destroyed.

“It’s not just about vanity but it’s also the functional benefit that women get from it and how happy they are after it, restoring their body to how it was before kids.

“They can work out again and even intercourse is better for them.”

The surgeon is known for his ‘mummy makeover’ procedures
(

But when he’s not doing his signature mummy makeovers, the dad-of-three spends his time doing facelifts, rhinoplasties, hand surgeries, eye lifts and more.

And the surgeon has seen some bizarre things on the operating table – including one woman who had undergone a botched bum lift that left her with concrete under her skin.

He revealed: “Personally, I don’t do buttock implants – I don’t think they’re safe, they can cause a lot of issues. Extreme BBLs are crazy to me and a lot of the time, surgeons aren’t even injecting fat.

“People inject all sorts of silicone variants and so women are finding bargain ways to get a procedure that can be dangerous to their health.

“When I was training in California, I once removed cement from someone’s butt. It was so hard to get it out.”

Another strange experience saw Jerry remove 45-year-old breast implants from a client who had been told they were “permanent” – when they’re only supposed to last 10 to 15 years.

In a recent TikTok video that is not for the faint-hearted, he shows his followers exactly what the implants look like.

He added: “This particular patient was in her 60s or 70s and she had got them when she was quite young.

“Back then, when she had them done, the surgeons would just say ‘leave them in, they’ll be fine’ but today, in the US for example, you have to tell all patients that they are not permanent devices and they’re only good for 10 to 15 years.

“Thankfully she didn’t actually have much pain but they were hard to the touch and they didn’t look good.”

Dr Chiddy has also seen his fair share of gruesome stuff – as he one had a patient who had shot through his arm with a crossbow.

He said: “I’ve seen a lot of crazy stuff.

“I once had a patient shoot himself with a crossbow and it went straight through his arm. I had to cut every structure in his arm to get it out, it took six hours to get everything fixed but he got back almost all function.”

Despite working as a plastic surgeon, Jerry is determined to help bring an end to “body dysmorphia”, and wants to educate people on the procedures he does.

“You can look great and that’s what we’re going to do but not at the expense of your mental health and well-being.

“The approach I take is that I’m helping men and women restore their form rather than trying to recreate an unobtainable look.

“It’s about educating people. During lockdown, people were craving knowledge but had nothing to do and my videos blew up.

“I’m now booked out from social media enquiries alone for the next two years.”

‘I’m grey at 31, I used to feel ashamed but now I have embraced the change’ 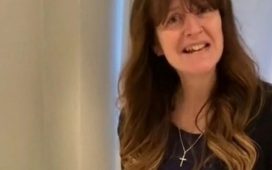 Easy wins: delete your social media apps and claw back precious days of your life 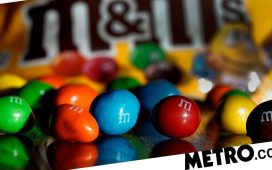 What does M&M’s stand for?