A Government consultation on scrapping the items will be launched in the autumn, though the exercise is not expected to actually start for more than a month. A date for a ban is not clear.

Ministers hope the drive, which would apply to England, will force businesses to switch to alternatives which are better for the planet.

It warned that items used for just a few minutes can last for centuries in landfill or as litter in the countryside or ocean.

Around the world, more than a million birds and over 100,000 sea mammals and turtles die every year from eating plastic waste or becoming tangled in it.

Jo Morley, head of campaigns at City to Sea, said: “We welcome the news that the Government are taking steps to tackle some of the most polluting single-use items.

“This is a much-needed move that we as campaigners have been calling for, along with thousands of our supporters and members of the public.

“We need now to take a leading role in banning unnecessary single-use plastics to see real benefits for the nation’s and the world’s wildlife.”

However, the Campaign for the Protection of Rural England feared tonight’s announcement would fail to crackdown on the scourge of plastic, which was highlighted by Sir David Attenborough’s 2017 series Blue Planet II.

Head of external affairs Sarah McMonagle said: “We hope today’s announcement is a sign of greater government action to tackle the plastic and waste crisis.

“But consultation after consultation suggests the Government is more interested in tinkering around the edges rather than seizing the opportunity to tackle plastic waste.

“It has been nearly four years since Blue Planet II and three years since the Government announced it would consult on a Deposit Return Scheme.

“Yet nothing has been committed to, with any progress thwarted by industry lobbying”

Environment Secretary George Eustice said: “We’ve all seen the damage that plastic does to our environment.

“It is right that we put in place measures that will tackle the plastic carelessly strewn across our parks and green spaces and washed up on beaches.

“We have made progress to turn the tide on plastic, banning the supply of plastic straws, stirrers and cotton buds, while our carrier bag charge has cut sales by 95% in the main supermarkets.

“Now we are looking to go a step further as we build back greener.

“These plans will help us stamp out the unnecessary use of plastics that wreak havoc with our natural environment.”

See also  Brexit amendments: A good day for May?
Share on FacebookShare on TwitterShare on PinterestShare on Reddit
newscabalAugust 27, 2021 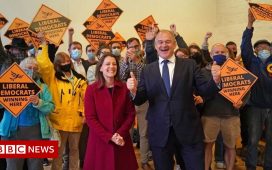 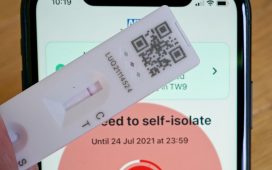 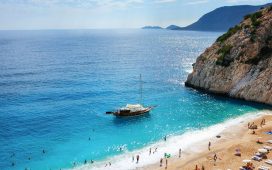 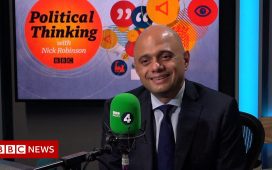