Planet Zoo is the spiritual successor to Zoo Tycoon, taking the core Planet Coaster experience and ramping it up to the next level. The latest game from Frontier features a range of biomes, themes and animals to choose from to create your perfect zoo. We spent an hour with Frontier at Gamescom playing Planet Zoo, and here’s our preview of the game ahead of launch later this year.

Spoiler: we liked it so much we gave it a Gamescom 2019 Best in Show award!

What was immediately noticeable when going hands-on with Planet Zoo at Gamescom 2019 was the level of realism on offer. That’s because Frontier devs spent a lot of time working with various zoos around the world to try and provide as close to a true-to-life experience as possible. That’s true not only of the business side of the zoo experience, but of the animals and all that comes with the upkeep of a zoo too.

There’s a range of animals on offer – over 50 at launch – including brown bears, mandrills, gharials and tigers, all of which we got to see during our time with Planet Zoo at Gamescom. 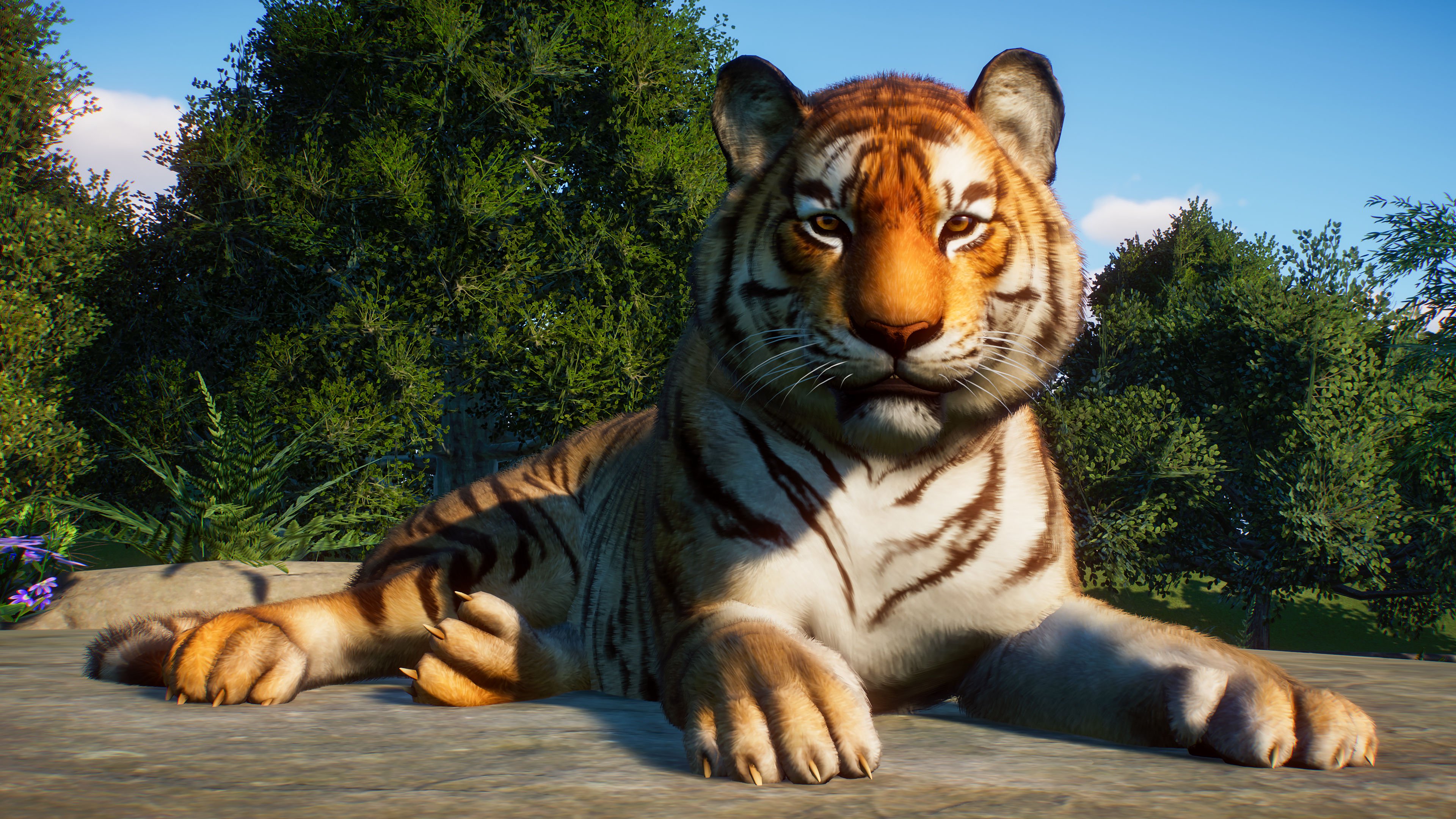 The animals act naturally, thanks to the implementation of AI, and although there were a few minor kinks in our preview (to be expected from a pre-release game), the animals interacted with one other and the various elements of their pens in a natural way. We saw mandrills climbing on climbing frames, tigers licking blood pumpkins and pronghorns running for cover in the rain.

The experience is enhanced even more by zooming in, which reveals incredible detail, including Frontier’s innovative hair simulation tech, giving the animals a lifelike look. There’s also a variety of looks for each species, dictated not only by gender but the genetics of the individual. It’s all very lifelike, and that theme extends to just about every aspect of Planet Zoo.

Of course, the range of animals on offer need an enclosure to live in. You can choose from pre-built enclosures if you’re not too creative and want to focus on other aspects of the game – of which there are many – but those who want to customise every detail can do so. You can even create your own custom-built mandrill climbing frames! 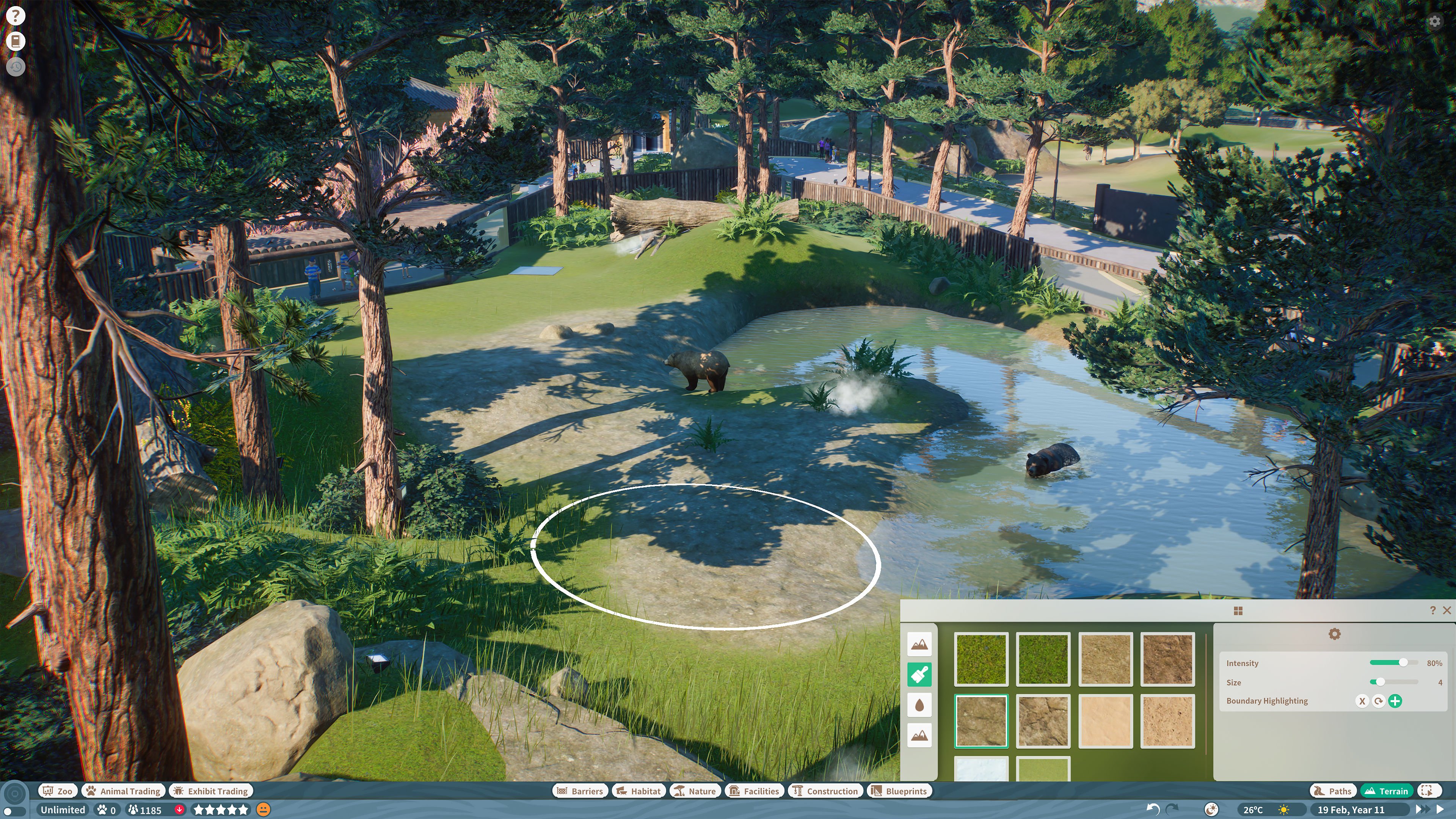 You have to consider the wants and needs of the animal in question; shy animals like pronghorns need one-sided glass as to not get startled by visitors, and stronger animals like bears and hippos need reinforced enclosures. You can filter the list of available items not only by animal but biome, making sure you’ve got the right enclosure for your inhabitants.

Clicking on any animal will give you an in-depth summary of not only its needs in terms of its enclosure, but its genetics and other vital information too. This gives you a rough guide for the enclosure, as unhappy animals are likely to attract protestors – and that’s not good for business!

Franchise mode adds another level to the game, allowing you to buy and sell your prized animals. You might want a white tiger for your zoo, or you might be on the hunt for a Python with better genetics to breed with your inhabitants – you want to avoid inbreeding, after all. The feature is a new addition to the Planet series, and provides players with something meaningful to do once the zoo is built and thriving. 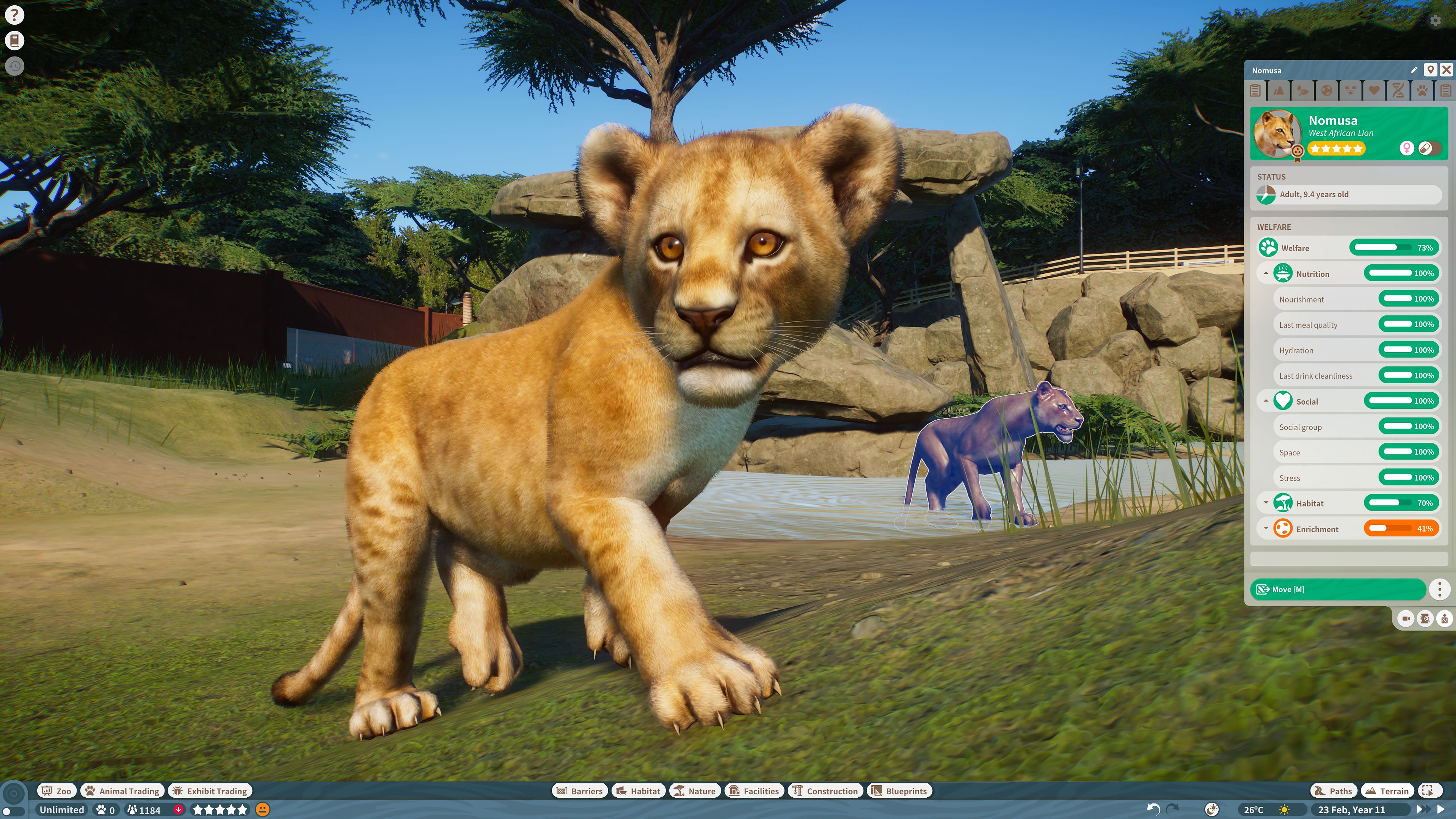 Of course, there’s so much more that we haven’t yet seen, and we can’t wait to spend more time creating the perfect zoo once Planet Zoo is released later this year.

Note: We may earn a commission when you buy through links on our site, at no extra cost to you. This doesn’t affect our editorial independence. Learn more.

Ninja challenged to boxing match by Tfue after Twitter hack

World of Horror is a brilliantly grim horror RPG

Spawn is the next addition to Mortal Kombat 11