NEWSCABAL
NEWSCABAL > lifestyle > Places in London you should visit, according to TikTok
lifestyle


Reading reviews might as well be an archaic measure of how a place is rated now that TikTok has entered our lives.

With a plethora of #PlaceToGoInLondon videos, we don’t think there is a corner of London that is unexplored or unshared – and it’s easier than ever to find something to do or see.

We’ve done the scrolling for you, gathering together the affordable places to visit that come highly recommended from the Londoners of TikTok.

Here’s where you should head this weekend and beyond…

Maybe this isn’t one for those of you who are afraid of heights… but if you want to sail across the sky, overlooking a spectacular view of the city or watching a golden sunset, this is the place.

At £3.50 for per ride, post-lockdown it has been one of the busier TikTok recommendations.

For those of you who didn’t make it to Dubai for an early summer break, fear not, for the Uber boat is here.

Sightsee London by day or night for under £10, going from London Eye to the o2.

There is an onboard cafe but really, it’s the views of London flying by on the river that are most satisfying.

Surrounded by the city, Sky Garden London is an unexpected botanical rooftop haven offering a birdeye view like the Shard… except it’s free (although you do have to pre-book).

Popular times include sunset, for the golden hour pictures and the nighttime view of London.

Referred to as many people’s “secret place” but secret no more. During lockdown with its waterfall, wild animals (watch out for the peacocks) and colourful flowers, Kyoto Gardens became a hit a place to escape to for tranquility. As things open up, the gardens are more lively but it’s still a quieter spot in the chaos of the city.

With the summer heatwave upon us, float-in cinemas are the perfect spot to watch your favourite film with eight of your best pals.

All you need to do is pick up your boat at Little Venice and float on downstream to Merchant Square. It’s on the pricey side, with boats available for hire for £30 per person, but whatever floats your boat.

Hosted in Kensington Gardens, this is for the art lovers who are desperately trying to enjoy summer but would much rather spend their time away from direct sunlight in an air conditioned setting.

This 360 digital immersive multi-sensory experience of one of the best painters of our time is thrilling, bringing to life the most magical painting of starry nights and sunflowers.


MORE : These are the 50 ‘most liveable’ cities in the world – London and New York didn’t make the list 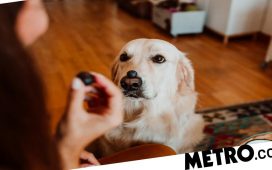 The fruits you shouldn’t feed to your dog 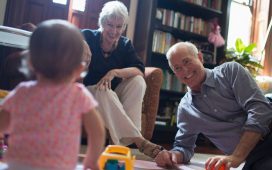 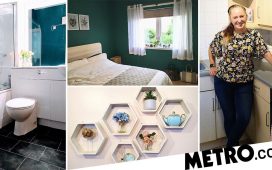