Remarkably, Piers Morgan has only ever had three rows with wife Celia Walden in their 15 years together.

Which is impressive for a person who managed to get into spats with almost everyone while hosting Good Morning Britain.

Susanna Reid did a great job coping with Piers while they hosted the ITV breakfast show together, but there has only ever been one woman who has been able to control him.

Journalist Celia, who has been described as Piers’ “considerably better half”, has been highly praised for putting up with his antics.

The couple are celebrating their 11th anniversary today – and Piers is sure to make a big gesture as he’s secretly a big romantic at heart.

Piers started dating Celia back in 2006 when he was separated from but still married to first wife Marion Shallow, who is mother to his sons Albert, Stanley and Spencer.

After divorcing Marion in 2008, Piers married Celia in June 2010 before the birth of their daughter Elise in November 2011.

During their 15 years together, Piers claims he has only had three explosive showdowns with Celia, which is less than he did in an hour on GMB.

“We don’t really argue. Because I spend all day shouting at people so I get home and I can’t be bothered,” he told actress Goldie Hawn during a GMB interview in May last year.

Stunned Susanna asked: “Seriously? So you spend three hours a day arguing with me for your job and that means that you don’t argue with Celia?”

Straight-faced Piers replied: “Yes seriously. In 15 years I can count on three fingers the amount of proper arguments. I just can’t be bothered.

“Once that doors shut give me a glass of wine, I’m easily pleased, and also I’m always right, she’s just accepted that. I don’t want all that frenzy.”

Piers may rule the roost when he’s on the telly but it’s a completely different story at home with Celia and their daughter.

The couple are parents to cheeky eight-year-old Elise, which means with his sons all grown up that Piers lives in a house controlled by women.

Speaking to Lorraine Kelly in 2018, Celia opened up on the intimate details of their home life and explained Piers’ relationship with their daughter.

When asked if she was the one who wears the trousers in the marriage, hesitant Celia claimed she just lets Piers think he has the power.

“Uhh yes, I think so,” she replied. “I think women are always quietly in charge, I just think it’s best to let the men think that they are.”

Another important woman in Piers’ life has been former GMB co-host Susanna Reid – but their is certainly no rivalry with Celia as they often join forces.

“We used to b**** about him behind his back together,” she told The Sun.

“In fact, I always felt she was better at the whole ‘wife’ thing than me. She was very good at managing him.”

Piers and Susanna worked closely before he was forced to quit after refusing to apologise for comments made about Meghan Markle.

See also  Wendy Williams, 54, shimmies as she takes a twerking lesson from a friend in the street

Recalling the days after Piers stepped down from GMB, Celia said she told him to relax and to let her ‘take care’ of him, but three months down the line she wants “anyone” to give him a job.

“Being married to Piers is ­basically one very long eye roll. But what people don’t realise about Piers is that he’s usually very quiet at home because he’s exhausted himself on whatever interview he’s been doing.

“This is the only reason I am sad about him leaving GMB — well, that and the fact I wake up and there he is, staring back at me morning after morning.

“But really, he used to come back and by 9am was absolutely flattened, lying there on the sofa, catatonic, not bothering anyone.

“Unfortunately he’s got all his energy back now. Please, someone, just give him a job!”

Behind closed doors, Piers is nothing like his outspoken TV persona, according to his wife.

Celia has revealed he is actually surprisingly romantic, remembering every anniversary and treating her like a queen on Valentine’s Day.

She also divulged that Piers whisked her away on a surprise trip to Paris on one of her birthdays.

“Everyone was saying he was going to propose, and there was a lot of build-up among my friends. But then, over dinner, he gave me this quite disappointingly small-looking package,” she explained.

“I opened it and it was a first ­edition of my favourite author John Updike’s book Marry Me. He is very romantic in that way.”

Despite her husband’s fiery reputation, Celia is not afraid to publicly wind him up with some hilarious social media posts.

In a 2020 new year’s message, Celia posted a snap of Piers with grey hair using an ageing filter.

Alongside the hilarious snap she wrote: “They told me I’d wake up married to an old man one day, I just thought we had more time.”

She even cheekily added the captions: “#wheredidthetimego#primarycaregiver”.

Celia said they’ve been spending lots more time together recently, including embarking on couples workouts at the Roar gym near their West London home.

Their relationship can sometimes be a drag, as Piers was recently seen trying to pull Celia along the floor as part of his workout.

“I’m assured wife-dragging is all the rage in gym-land,” said Piers on Instagram while posting a snap of him using his muscles to pull Celia along the floor as part of his training programme.

His fitness coach replied saying it was “unsurprisingly” his best session yet, while a pal joked: ” Celia hanging on for dear life. Which probably sums up your whole marriage.”

Celia might be glad Piers isn’t on the telly for this year’s anniversary, as last year he claimed she “got lucky” by meeting him a decade a go.

“We are going to have a wild celebration – we will probably go to the kitchen and and go for the curry,” Piers said confidently on GMB. “She is punching, wow.” 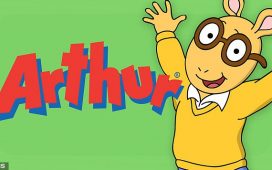