Piers Morgan has come under attack after saying jogging on the street without a mask should be ‘illegal’ given that runners are wheezing, puffing and panting in a pandemic.

Good Morning Britain host Piers got into a heated discussion after scientists recommended joggers should wear face coverings as they run in public.

Trish Greenhalgh, professor in primary care health sciences at the University of Oxford said: “There is no doubt the virus is in the air, there is no doubt that you can catch it if you inhale, and that someone else has exhaled.”

“The exercising jogger – the puffing and panting jogger – you can feel their breath come and you can sometimes actually feel yourself inhale it, so there’s no doubt that there is a danger there.”

The professor added: ‘I’ve got a mask here and you can pull it up and pull it down and that takes two seconds to do. So wear it when you’re going along, jogging on the high street. Take it off when you get to the parks, what I did this morning. It’s not difficult.”

Jogger and Former Labour deputy Tom Watson said he would social distance but that he’d find it difficult to run with a mask on.

He said: “For millions of people in the country, through lockdown three though winter, the only thing they have had is running.

“I do not think I could do a run with a mask on, Piers. It is hard enough to run without a mask.”

Piers replied: ‘Along my high street. I have a problem with it in normal times, non-pandemic times.

“There is something so narcissistic about these people running – especially if they are not very fit, and they cannot run very well and they are sort of bouncing along the high street and barging into everybody.

“If you are a triathlete, fine. You can whizz along in five seconds but the ones who go past like a giant snail…”

Susanna asked: “Well, hang on. Shouldn’t those people be the ones who ARE out running?”

Piers said: “I have a real problem with joggers on high streets. I think it is the ultimate show off nonsense, gorilla beating and so on. But in a pandemic, I have a bigger problem.

“You say that the mask doesn’t help your running but what about my right to not be infected by Covid by some runner along my high street who isn’t wearing a mask and is a panting, wheezing show off?”

Tom said he would try to mask up if his glasses didn’t steam up and Piers warned: “Tom, mask up, because if I see you charging towards me on my high street there is going to be a confrontation that you will regret.”

Following the chat people took to social media to question Piers stance and some suggested he start to take up jogging for his own health.

One said: “Please also publish a reference case of Covid being contracted following a ‘jogging by’ incident. Otherwise you are promoting conspiracy theories and perpetuating hysterical unscientific twaddle.”

Another added: ‘Jogging on a country track the other day, and a bloke ahead of me was vaping whilst walking. Because it was so still, the plumes he had just exhaled hung in the air. I had to run right through them. Obviously these plumes had been in his lungs. So should vaping be banned too?”

Someone else replied: “People out jogging are taking their health seriously. The covid bed wetters are beyond parody now. Stay inside. You’re not needed.”

While another reasoned: “If nothing else, people who are symptomatic (and therefore the greatest risk for transmission) are unlikely to be out jogging anyway because they will be feeling ill.”

One persona agreed with Piers saying: ‘Joggers should definitely be forced to wear masks when jogging near anyone. They run up from behind and pass by my shoulder. If they ask for me to move out of their way, I definitely would but most just run past within a foot or two, breathing deeply! Yuk!!”

While another said: “Get this idiot off!!! I’ve never heard such rubbish – you can feel yourself inhale another joggers breath, really!!! Where is she jogging in a cloakroom with 20 others. More propaganda pedalling the fear.” 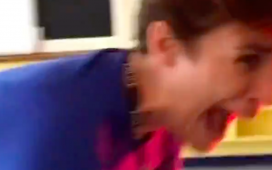 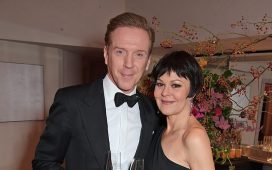 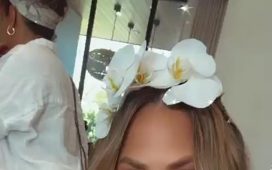 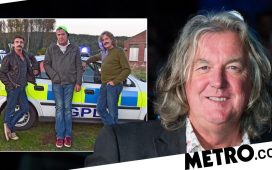 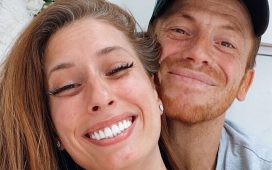