Piers Morgan has pointed out the ‘irony’ of Prince Harry and Meghan Markle naming their newborn daughter Lilibet ‘Lili’ Diana Mountbatten-Windsor after months of emotional turmoil for the Queen and the Royal Family.

The 56-year-old TV host took something of a swipe at 36-year-old Harry and his 39-year-old wife over the arrival of their daughter and who has been given the Queen’s nickname as her own name.

Lilibet was born on Friday, with an official announcement made on Sunday about her arrival, and was welcomed by her parents after months of negative headlines.

The Duke and Duchess of Sussex released an explosive interview with Oprah Winfrey in March in which they accused the Royal Family of racism – while Harry subsequently attacked his father’s parenting skills during an apple TV+ documentary series about mental health that he created alongside Oprah.

Discussing the arrival of Lili on Australia’s Today show, Piers lashed out at the couple for giving their daughter the same name as The Queen.

He fumed: “It’s quite ironic isn’t it.

“You have this couple who have been trashing the Royal Family and the monarchy for the last few weeks and they have named the baby after the Queen.

“Maybe it’s their way of reaching out, as the Americans say, to the royals and wanting some kind of end to this on-running feud.”

Piers – who has been the loudest open critic of Harry and Meghan – then declared he wouldn’t attack them over their happy news.

He said: “I always think when a new baby is born – I’ve had four myself – it’s churlish to put any negative slant.

“At such a moment. I wish them all the very best. There is four in the family now. I wish them every success and a long and happy life.”

Meanwhile, on Twitter, Piers highlighted the hypocrisy of the Duke and Duchess, who quit the UK last year for a new life in California and to escape press attention.

The royal couple have been criticised by many for routinely attacking the press by accepting multi-million dollar deals with broadcasting networks including Netflix, Apple and Spotify to repeatedly preach how camera shy they are.

Pointing this out on Twitter, Piers sarcastically wrote yesterday: “To those asking for my reaction to the new royal baby, I am respecting her parents’ constant pleas for privacy and declining to comment.”

Piers has been a vocal critic of Meghan Markle and was critical of her interview with Oprah in March – with the host walking off the set of Good Morning Britain after complaining he would not believe everything Meghan said in her controversial interview.

The TV host subsequently quit the show after refusing to apologise for his criticism of the Duchess and her husband – while some of the claims made by Meghan and Harry were subsequently disproved following the airing of their interview.

However, some claim Piers has a personal vendetta against Meghan after she ditched him as a friend when she grew close to Prince Harry. 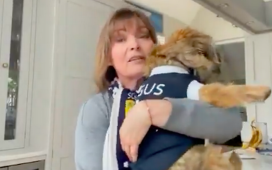 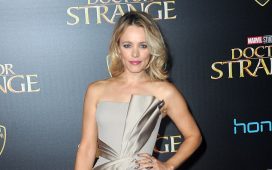 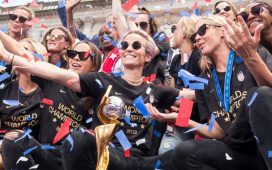 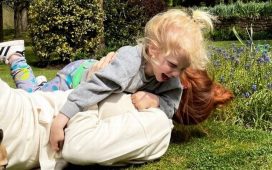 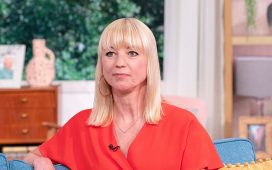 'I ate a little bit of dog by accident': Sara Cox reveals she once nibbled on a canine's 'elbow' 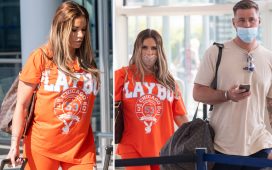 Katie Price jets off on THIRD holiday as she flies to Turkey on £12,000 surgery trip with Carl Woods