Ronaldo scored against West Ham, but the Manchester United star felt he should have been awarded at least two penalties by referee Martin Atkinson at the London Stadium 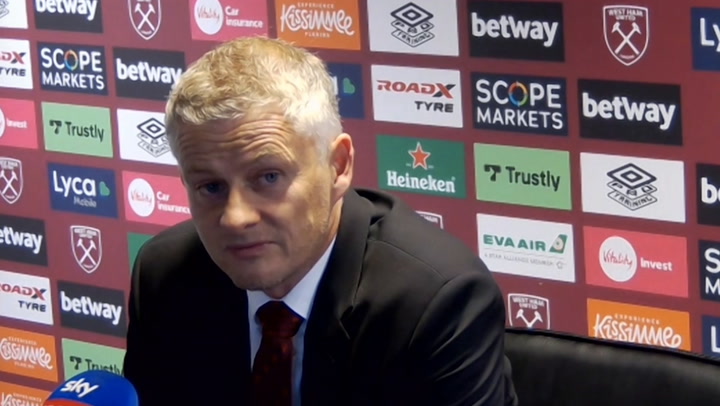 Piers Morgan has claimed that Cristiano Ronaldo “deserved” as many as three penalties as he blasted “absurd refereeing” during Manchester United ’s win over West Ham.

Ronaldo once again impressed for the Red Devils in just his second game back in the Premier League after a summer return from Juventus.

He had scored three goals in two games in all competitions for United heading into the trip to the London Stadium to face David Moyes’ side.

He added to that tally before half-time, tapping in when Lukas Fabianski spilt a shot to put United back on level terms after Said Benrahma had opened the scoring for the Hammers.

Jesse Lingard then came off the bench to score a stunning late winner for Ole Gunnar Solskjaer’s men.

But Ronaldo can feel rightly aggrieved to not have played an even bigger role in the victory for United.

He was denied what appeared to be two obvious penalties within the final 15 minutes in the capital by referee Martin Atkinson.

The first claim came after 77 minutes when Ronaldo clipped the knee of Vladimir Coufal and went to ground theatrically in the box.

But much to Ronaldo’s annoyance, Atkinson saw nothing wrong with Coufal’s challenge and allowed play to continue.

The Portuguese superstar was left even more exasperated with the match official in injury time when he saw another shout for a spot-kick waved away.

This time, Ronaldo broke into the box and sensing the incoming Kurt Zouma, knocked the ball ahead of the defender.

But he failed to get back on the ball, with Zouma putting in a heavy challenge to bring Ronaldo down, in what seemed to be a stonewall penalty.

How many penalties should Cristiano Ronaldo have been given against West Ham? Comment below.

Cristiano Ronaldo was denied two penalties, the second coming when Kurt Zouma brought him down

To rub salt into Ronaldo’s wounds, the Hammers were then awarded a penalty at the death when Luke Shaw was adjudged to have handled a cross.

That decision only came after the intervention of VAR, though David De Gea secured the win by saving Mark Noble’s spot-kick.

Atkinson’s performance left famous Arsenal fan Morgan unimpressed, with the controversial personality claiming both of Ronaldo’s penalty claims should have been given.

It was a frustrating afternoon at times for Ronaldo

“Ronaldo deserved at least 2 and probably all 3 penalties. Absurd refereeing,” Morgan tweeted alongside a picture of the attacker celebrating.

“But he scored again, as he has in every game of his comeback. Incredible. So good to have him back in the Premier League.”

Ronaldo’s equaliser helped to maintain United’s unbeaten start to the Premier League season, with Solskjaer’s side lying third in the table.

United will play the Hammers again on Wednesday night in the Carabao Cup, though it is likely that Ronaldo will be rested having started three games in succession.

His next chance to add to his Premier League goal tally will come on Saturday lunchtime when the Red Devils host Aston Villa.

See also  Simon Francis: Bournemouth defender sidelined for up to nine months with ACL injury
Share on FacebookShare on TwitterShare on PinterestShare on Reddit
newscabalSeptember 20, 2021 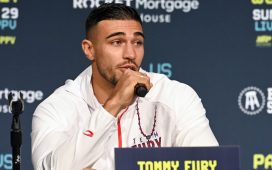