Piers Morgan has once again hit out at Sheryl Underwood calling her “a shameless fraud”.

The US presenter, 68, had previously called out Sharon Osbourne for being “racially insensitive” after she defended Piers’ Meghan Markle comments.

And in a new video message to mark the return of US show The Talk, Sheryl said: “It’s Monday April 12th. It’s time for an episode of The Talk unlike any that we’ve had before.

“We haven’t been together in the studio since the week of March 10th and as you know, during our break Sharon decided to leave The Talk.

“We need to process the events of that day so we can get to the healing. Over the next hour, we will honestly discuss what occurred and explore some of our feelings.

“And we’ll also show you how anyone can become more comfortable discussing important issues and conversations.

“By the end of the hour, we want everyone to feel empowered and ready to move forward. So, let’s starting talking.”

But Piers, 56, was having none of it and blasted the video on his Twitter page.

The former Good Morning Britain presenter quote tweeted Sheryl’s explanation and wrote: “What a shameless fraud,” before following it up with a vomiting emoji.

And he wasn’t finished there. In a follow-up tweet, Piers quote tweeted an article in which The Talk presenter claimed she is suffering from PTSD after her on-air spat with her former co-star.

On the show, Sheryl said: “I feel like I am in PTSD because it was a trauma and I feel like I want to get past this because I really wanted to get to work with my friends and my colleagues.”

In his Tweeted response, Piers wrote: “Oh what a crock of s**t.”

Sharon left the stateside talk show after the on-air bust up and Piers has stuck by his pal since.

On what turned out to be her final show in March, Sharon said: “Why is it that because I supported a longtime friend and work colleague for years, people go ‘well you must be racist because he’s racist’.

“No. I support his freedom of speech. I’m not racist and neither is Piers racist. What have I ever said about anybody that’s racist? It’s not within me. It’s not in my soul.”

After the fallout, Piers called for Sheryl to be sacked from The Talk. 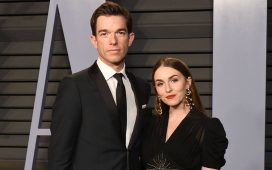 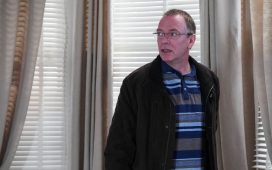 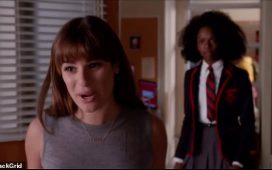 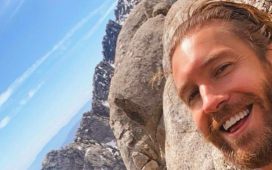