The legendary singer, 63, looked incredible at the awards do at Brooklyn’s Barclays Center last night as she appeared on stage in a full leather get-up

The legendary singer, 63, looked incredible at the awards do at Brooklyn’s Barclays Center last night as she appeared on stage in a full leather get-up.

Madonna arrived in New York in a yellow taxi and stepped in front of fans to her 1990 hit Vogue to celebrate the 40th anniversary of MTV.

But Piers clearly wasn’t a fan and shared photos of the icon on stage with a hand on her hip as she donned fingerless leather gloves and a cap.

She stunned fans with her leather get-up
(

His followers were divided, with some hitting back at the ex-GMB host and tweeting: “MORE women that Piers has decided to target …..I’m sensing a pattern.”

But another wrote: “I’m a woman, I think it’s cringe. I don’t care if she’s Madonna. She simply isn’t rocking it anymore. If she was, then go for it. She’s not. End of.”

As the singer turned back to walk off, her bodysuit’s high cut sparked a flurry of comments on Twitter.

While another commented: “The show just started and Madonna already wylin.”

A third wrote: “Madonna very much serving ‘and why aren’t you in uniform’.”

“Not Madonna trending already on Twitter when the VMAs just began, messy legend,” another wrote.

Justin Bieber, 27, made his VMA stage return for the first time in six years and was awarded the Moon Person statuettes for artist of the year and best pop song for his single Peaches.

During his acceptance speech, the star referred to the pandemic and said: “Music is such an amazing outlet to be able to reach people and to be able to bring us all together.”

Lil Nas X, 22, had a breakout hit with Old Town Road two years ago and took home the award for video of the year for his gay rights anthem Montero (Call Me By Your Name).

See also  Meghan Markle Heads to Baby Shower: All the Details
Share on FacebookShare on TwitterShare on PinterestShare on Reddit
newscabalSeptember 13, 2021 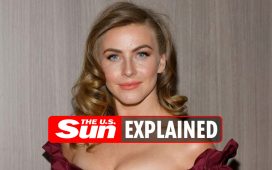 When did Julianne Hough wear blackface? 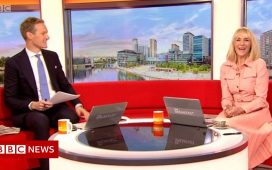 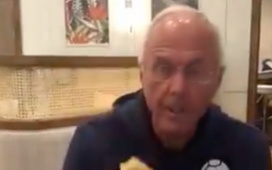 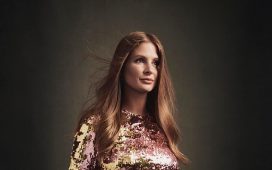