The fashion designer Pierre Cardin, who has died aged 98, had a technician’s obsession with the malleable properties of wool cloth and the possibilities of cut. He was not inspired by the female body but, as he admitted, inserted women into architectural carapaces. “My clothes aren’t fun,” he said, “they are worrying; it’s like listening to contemporary music.”

Indeed, one of his last major creations was not a fabulous garment, but the 60-storey Palais Lumière, which the authorities of Venice planned to build by the city’s lagoon. In Cardin’s 89th year, they approved his design for a retro-futuristic triple tower of glass, jettying out at the top like his favourite sleeve-head, and so finally honoured his talent for architecture and sculpted shape. It was a controversial concept, and in 2013 Cardin announced that the building had been cancelled.

The commission would have brought him home. Cardin was born in Treviso, northern Italy, where his parents, Maria Montagner and Alessandro Cardin, laboured in the vineyards of the Veneto region before resettling with their 11 children in St Etiènne, France. The boy was fascinated by architecture, but at 17 he was apprenticed to a tailor in Vichy, serving his time there before reaching Paris in 1944, where he joined the couture firm of Paquin.

Its limited postwar resources were allotted first to film and theatre costumes, including those for Jean Cocteau’s La Belle et la Bête, which Cardin helped to cut and sew. The beast’s monstrous collar and projecting shoulders must have impressed him – they appeared on his skyscraper design. Cocteau introduced him to Christian Dior, who was then recruiting a team to launch his house and appointed Cardin head cutter for coats and suits for the initial New Look collection of 1947, with its technically difficult junctures of extreme fit and high volume. Dior not only wished his handsome protege well when he left to start his own house in 1949, but sent roses and clients to Cardin’s atelier.

Cardin’s customers, including Eva Péron, Rita Hayworth and others who requested extravaganzas – like the 30 masquerade costumes he created for a famous 1951 Venetian ball – paid enough for Cardin to rent the rest of the premises floor by floor. In 1953 he took over a mansion on the Rue du Faubourg Saint-Honoré, with a staid gentlemen’s shop on its street frontage, which he developed into a boutique, Adam, to experiment with menswear.

Couture was veering towards his radical, absurdist outlines (his hats looked injection-moulded) by the time of Cardin’s initial full collection, in 1957, and he joined the Chambre Syndicale, Paris couture’s governing body, only to leave it shortly afterwards so that he could flout its rules on press embargoes. The Chambre policed press access and official copying, and it was with its permission that companies bought limited rights to reproduce collection garments. Cardin bypassed this system in 1959 by selling a ready-to-wear range through the store Printemps. Later he rejoined the Chambre.

The unisexuality of Cardin’s couture work appealed to the 1960s. His menswear was far in advance of anything else available, and the Beatles adopted versions of his simplified jackets with no collar, no lapels, nothing to distract from their mop-top heads.

He shared female fashion’s brief space age with André Courrèges and Paco Rabanne, though some of the concepts – vinyl visors, plastic paillettes – dated quickly, and he developed a synthetic fabric, Cardine, just as taste returned to natural fibres. But his principle of a base layer of solid tights and stretchy T-shirt became a long-term female staple. During his much-photographed relationship with the actor Jeanne Moreau, at the height of her fame, he designed her outfits: the pictures show them as unflattering, even unsympathetic.

Dior from his start had subcontracted items that needed specialist industrial manufacture, such as nylon stockings, and profited from their wide sales. Cardin went further and realised that manufacturers would pay for a couturier’s name on their products, whether or not he designed them or supervised their making. He claimed to be involved in every one of the 800-plus items, sold in 140 countries, that would bear his name. He certainly signed off all his deals personally, having a distrust of banks and lawyers, and was realistic about what licensees wanted: “My name is more important than I am.”

The journalist Richard Morais, who wrote the unauthorised biography of Cardin, The Man Who Became a Label (1991), noticed during an interview that Cardin’s own cuffs were fraying and his collars grubby, and investigated how he had amassed a fortune from branding even sardines, mineral water and frying pans. Morais wrote that “no executive working at Cardin has ever seen a budget or a business plan”, that the enterprise was “staggeringly unprofessional”, and declared Cardin “a man who couldn’t manage his way across a room, let alone run a multinational corporation”.

Cardin was “a flake”, said Morais, and his eccentricities Howard Hughes-like: he kept the licensed socks sent for approval for himself, and swept the office floors, while his older sister Janine managed his frugal domestic life into her 90s. Visitors who expected his atelier to be a shiny space station would find it chaotic and crumbling, filled with dusty boxes of photographs recording 60 years of Cardin posing with the famous worldwide.

His global travels had begun with a visit to Japan in 1959, from which he brought back Hiroko Matsumoto, first of the Asian fashion models. The symbiosis between brand publicity and personal appearances, plus restless curiosity, took Cardin and his collections to China, the US, Russia – where he opened a boutique as early as 1981 – India, Pakistan and Australia, and across Europe. The value of his name increased with the distance from Paris. When in his 80s he decided to sell that name outright, he demanded $1.25bn, and turned down an offer from a consortium headed by the Sultan of Brunei. Quite what they would have acquired was uncertain, since he had by then given up presenting collections, although he continued his habit of designing a dress a day.

Cardin spent his money on properties including a Venetian palazzo and his futurist Palais Bulles (Bubble Palace) on the Côte d’Azur. He also owned and subsidised arts complexes, beginning in 1970 with the Espace Pierre Cardin, a converted theatre in Paris – which cost him so much that he once asked for six months’ income in advance from his licensees in order to sustain it – and including the remains of the Marquis de Sade’s chateau, Lacoste, in Provence. He bought Maxim’s restaurant, to Parisian disapproval, after he dined one night in 1981 in its fading art nouveau interior. He opened branches in Beijing and New York and licensed the name for anything from a hotel chain to a fruit juice.

Especially after the mid-80s revaluation of luxury brands, Cardin was criticised for indiscriminate licensing, but his peers acknowledged his technical gifts and creativity with three Golden Thimble awards; and he was made a commandeur of the Légion d’Honneur in 1997. The UN’s Food and Agriculture Organisation appointed him a goodwill ambassador in 2009. There were exhibitions of his work around the world, including a major retrospective at the V&A, in London, in 1990.

The affair with Moreau was a painful five-year interlude in his long relationship with his partner in life and business, André Oliver, who died in 1993. 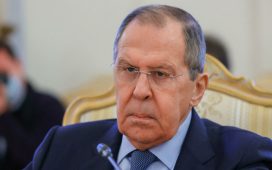