The London Commercial Court on Tuesday, ordered the release of the $200 million guarantee put in place as security for the stay of execution granted Nigeria for the appeal filed against the judgment of Justice  Butcher for the execution of the Arbitral award of $10 billion in favour of Messrs Process and Industrial Development Limited (P&ID). The money, when released, will swell Nigeria’s foreign reserves.

The soothing development came from Sir Ross Cranston, who presided over the court and rejected the request of P&ID to increase the security to $400 million. Instead, he ordered that cost of £70,000 against P&ID.  The same court, had earlier in September, also granted another cost of £1.5 million against P&ID.

Commenting on the outcome, the Governor, Central Bank of Nigeria (CBN), Godwin Emefiele, expressed pleasure that the Court rejected the P&ID’s application to increase the guarantee, which he noted was clearly intended to be a diversionary tactic and entirely misconceived.

According to him, “Due to the substantial evidence of prima facie fraud established before the Court, we are pleased that the Judge has agreed to release the guarantee. “This release, which is an accretion into the reserves will further enhance the nation’s management of the exchange rate of its domestic currency, the Naira while  ensuring monetary and price stability,” he added.

Tuesday’s order is seen as a further and significant victory for Nigeria in its determination to overturn the US$10 billion award procured through fraud and corruption by P&ID and former government officials.

Analysts are of the view that P&ID and its backers, Lismore Capital and VR Advisory, are increasingly fighting a lost battle, as they continue to resort to employing delay tactics, disseminating misleading claims, and taking every step to obstruct investigations across multiple jurisdictions.

A government source said: “The Nigerian Government is determined to secure justice for the people of Nigeria – no matter how long it takes. Investigations are ongoing, and we are confident that more of the truth will be revealed over the coming months.”

Meanwhile, the Minister of Finance, Budget and National Planning, Mrs Zainab Ahmed, on Tuesday disclosed that Nigeria has rakes in N700 billion from the whistleblower policy since its inception. Ahmed stated this in Abuja at an interface with journalists at the National Conference on the Whistleblower Policy in Nigeria.

According to her, the government was able to haul in such humongous amount of money from the activities of whistleblowers who came forward with actionable claims of corruption because of the protection given to those who made such verifiable revelations. She said: “there were recoveries and the cleaning of the Integrated Personnel Payroll Information System (IPPIS); stoppage of non-compliance with the Treasury Single Account (TSA) and violations of the procurement Act 2007, etc”. 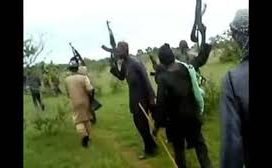 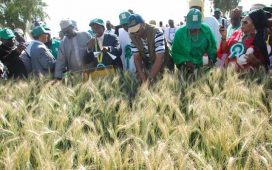 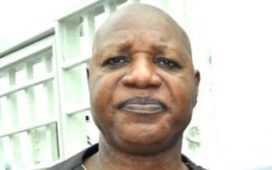 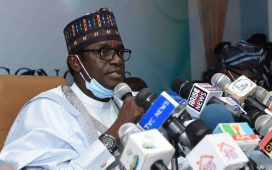