Aged 70, Phil Collins has sustained an injured vertebrae in his upper neck, crippling nerve damage, acute pancreatitis, falls, and “foot drop”. Which experience led him to be “close to dying”? Following the collapse of his marriage to his third wife, Orianne Cevey, 47, Phil turned to drink. “Within months you’re drinking vodka from the fridge in the morning and falling over in front of the kids, you know,” he said in a 2016 press conference.

“Whatever the cause, there is a clear link between alcohol use and acute pancreatitis,” the NHS stated.

However, there can be other causes of acute pancreatitis, such as:

Treatment for acute pancreatitis occurs in a hospital setting where medical staff can keep a close eye on you.

In addition, the surgery had caused nerve damage to his foot, meaning he had to walk with a cane.

“I have eight screws in my back but it left my foot numb,” he told The Mirror.

Then the superstar would fall over more easily, with a Facebook statement from his page saying that he suffers from “foot drop” – i.e. muscular weakness that causes the person to drag their foot on the ground when they walk.

Phil Collins at the BBC will air on BBC Two, Saturday June 12 at 9pm.

Arthritis diet: The best type of food to ‘dampen inflammation’ and alleviate symptoms 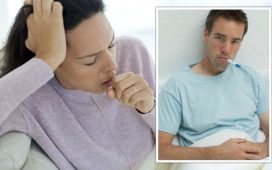 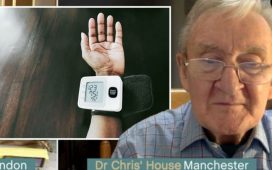