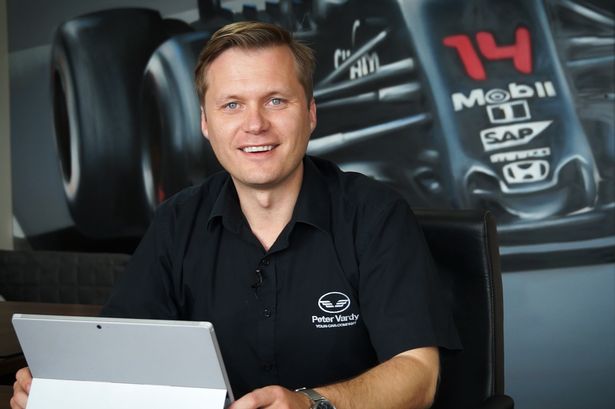 Motherwell-headquartered automotive group Peter Vardy has reported earnings before tax of £11.3m, up from £10.75m the year before.

Profit before interest and taxation amounted to £7.3m, up from £6.7m the previous year.

Overall gross profit margins remained consistent at 12.7%, while underlying return on sales based on operating profit – a key industry benchmark – was 1.7 per cent in 2019, compared to 1.4 per cent in 2018.

The industry average for the same period was 0.81 per cent.

This was before amortisation and donations made to the Peter Vardy Foundation.

While the industry average profit per dealership in 2019 was £166,000, the Peter Vardy Group delivered average underlying profits of £581,000 per dealership.

Chief executive Peter Vardy said: “Our ambition is to become the number one digital automotive retailer in the UK, and we have continued to invest in digital software, sales structures and process throughout 2019 to ensure we maintain our competitive advantage.

“We have worked closely with our sister company, Silver Bullet, as a key partner in improving our digital platforms and our goal is to retail 50% of annual sales via our e-commerce channel by 2025.

“Establishment of our 2030 Strategy will lead to the group transitioning towards becoming more widely defined as a mobility provider rather than limiting our focus narrowly to that of a traditional motor retailer,” he added.

Set up as a single dealership in Perth in 2006, the group has grown to 14 dealerships across Scotland employing more than 800 people.