NEWSCABAL > entertainment > Peter Andre gets upset as daughter Princess, 13, cringes at a picture of her dad cuddling a koala bear
entertainment

Peter Andre gets upset as daughter Princess, 13, cringes at a picture of her dad cuddling a koala bear


PETER Andre was left upset after his daughter Princess made fun of him cuddling a koala bear in a major throwback snap.

The 47-year-old singer captured the hilarious moment on his official YouTube channel after inviting his loved ones on set for the day.

Peter was joined by his wife Emily, son Junior and daughter Princess as he gave them a behind-the-scenes look at a recent commercial shoot.

At one point, the Aussie star proudly showed off the incredible throwback as he posed with a koala bear.

The dad-of-four was dressed in typical safari gear as he gleamed for the shot.

Showing off the snap, he said: “If you wanna cringe… have a look at that!”

Looking at the framed photo of her husband on the wall, Emily commented: “That’s so funny!”

Meanwhile, Princess replied: “Ewwww, is that actually you?!”

Peter jokingly snapped back at the 13-year-old, who was wearing a festive Santa hat.

Captioning the post on Instagram, the star shared: “Who said bring your family to work day was a good idea?? Be ready for our new YouTube video tomorrow at 6!”

Earlier this week, Peter’s son Junior was let fuming after having to self-isolate again following a coronavirus breakout in his school.

He wrote in his new! magazine column: “Junior is having to self-isolate at the moment because a couple of people in his school year tested positive for coronavirus.

“When I told him he had to self-isolate he was excited because it meant staying at home – but when he realised he had to do all his lessons on Zoom from 8.15am, he wasn’t too happy!

From Kim & Kylie to Selena – whose bikini pics get the most likes on Instagram?

“It’s quite full-on for kids when they have to do the same amount of work at home, as it’s not easy to stay motivated, so I give him credit for that.

“The main thing is he doesn’t have any symptoms and feels fine at the moment.”

It comes after Pete was left heartbroken when Theo asked for a coronavirus test after coughing.

Due to his wife’s profession of being a doctor, their children are all aware of the current risks of contracting the deadly bug, and have become very cautious of things. 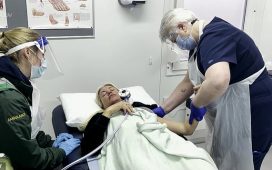 Dancing On Ice is slammed for 'overstretching the NHS' 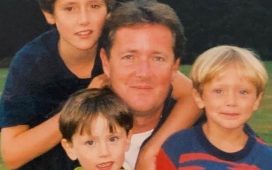 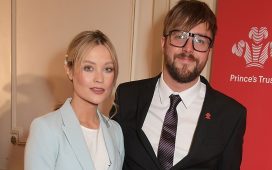