If the challenge for Manchester City has been to translate their dominance of England into superiority in Europe, Pep Guardiola may instead have borrowed from his Champions League rhetoric to lay the groundwork for a Premier League near-miss.

The City manager has a tendency to downplay his side’s chances of conquering the continent. A 12-point deficit to Liverpool had been reduced to nine and Chelsea’s early lead overturned on Saturday when Guardiola drew on context to suggest his champions are outsiders now.

“Liverpool look unstoppable,” he said. “I know it’s far away with these numbers. My teams always try but we accept other teams can be better. So [if] we are going to lose the Premier League, we are going to try the next season. It’s not the first time Manchester City in 100 years of history lose the league.”

It is a mantra of Guardiola’s that his side are alone in retaining the title in the past decade. He feels expectations are exaggerated. He gazed across the sporting landscape to cite his friend, the Ryder Cup golfer Tommy Fleetwood, whose first win of 2019 came last week. “It looks like if we won the last two Premier Leagues we have to win seven Premier Leagues in a row, you have to win 200 points every season,” he said. “It does not work [like that] at a high, high level. Tennis players lose games. In golf, Tommy Fleetwood does not always win the tournament.”

If Guardiola has been theatrical in his reactions of late, especially the defeat to Liverpool, he is attempting to be philosophical in his title bid. “If we don’t do it, I’m not going to retire but I’m going to be disappointed,” he said.

Guardiola took solace from City’s spirit against Chelsea. It was the second time in November alone that they had come from behind to win. Yet whereas his teams are natural frontrunners who tend to control campaigns as well as games, Saturday’s frenetic effort seemed significant. If it was testament in part to Chelsea’s ambition and excellence, they may have been encouraged by City’s frailties. Kevin De Bruyne remarked afterwards that City are always expected to have 70% possession. They actually registered a record low for a Guardiola team, just 46%, and the policy of playing out from the back threatened to backfire.

Once again, they were grateful to the resilient, redoubtable Fernandinho, who produced a goal-saving intervention to deny N’Golo Kanté in a defiant display. Few other midfielders could, at 34, transform themselves into the outstanding available centre-back at an elite club, and if that is an indictment of John Stones and Nicolás Otamendi, it is proof of Fernandinho’s adaptability. “He can play there,” said Guardiola. “He was incredible at Anfield. He was incredible today.”

Three years ago, Guardiola said Fernandinho could play in three positions; now he could benefit from three Fernandinhos, two in defence and one in midfield. As long as Aymeric Laporte is sidelined, the plan is to retain the Brazilian in defence. “I like Fernandinho in that position, with the problems that we have,” Guardiola said.

Managing problems are becoming a theme; it is less about perfectionism than the pragmatism of making do in the circumstances. Already shorn of their premier specialist defender, City now look set to be without their best striker. Sergio Agüero’s muscle injury was assessed on Sunday and while he was able to stay late at the Etihad to watch the Copa Libertadores final, the fear is it will sideline him for some time. “It doesn’t look good,” Guardiola said.

His answer, once again, lies in a Brazilian. While Raheem Sterling could slot in as a centre-forward, Guardiola confirmed Gabriel Jesus will deputise. “He is going to play there, sure,” he pledged. An extended opportunity could come in a Manchester derby and meetings with Arsenal and Leicester as City may face a defining December without their record scorer.

Should Jesus require a role model, he need only look at City’s right flank on Saturday. Riyad Mahrez probably owed his place to a tweet Bernardo Silva posted in September. The Portuguese’s belated suspension allowed Mahrez to sashay through the Chelsea defence for a classy winner. At £60m, the Algerian is a deluxe stand-in, just as Silva was when he helped City to win the league in the injured De Bruyne’s absence last season.

Theirs is an enviable, expensive form of adversity but if City face the hardship of finishing second, they promise to do so in the right way. “This team never gives up,” Guardiola said. 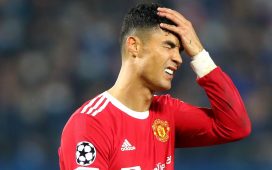 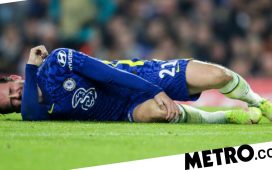 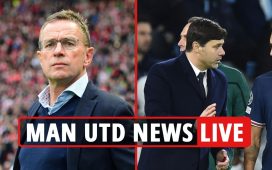