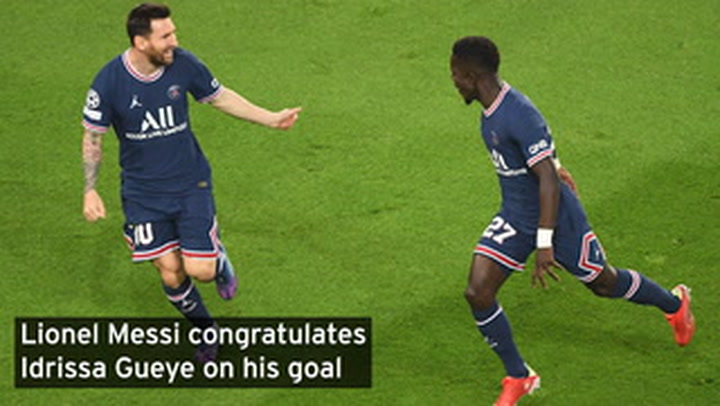 Pep Guardiola insists he will be in a relaxed mood as Manchester City prepare to face Liverpool on the back of their defeat by Paris Saint-Germain.

City were beaten 2-0 at the Parc des Princes in the Champions League on Tuesday night, with Idrissa Gueye and Lionel Messi striking in either half.

Guardiola’s side are in the midst of a hugely-testing run, with a hard-fought 1-0 win at Chelsea and a trip to PSG followed by another away visit at the weekend, this time to Liverpool.

City and Liverpool lead the way in the Premier League after six rounds of fixtures and they are two of the favourites to be crowned champions in May.

In contrast to the Sky Blues, Liverpool go into Sunday’s game full of confidence after thrashing Porto 5-1 in their own Champions League group.

The Spanish manager also offered a frank verdict on the game against PSG, during which City had more possession, more shots and more shots on target.

“At the end, yeah, the last 10 minutes were better, good performance we did everything we couldn’t score,” added Guardiola.

“We defend well, they defend deep and of course the counter attack of them is always dangerous with the quality they had but we controlled them unfortunately we couldn’t score but that’s football.

“Nothing to say more than my biggest compliment for the team.”

Who will come out on top as Manchester City travel to Liverpool on Sunday? Have your say in the comments.

City’s defeat at PSG was their second loss of the season after they also fell to a 1-0 defeat by Tottenham Hotspur on the opening day.

Liverpool, meanwhile, are unbeaten with seven wins in nine games in all competitions, but Jurgen Klopp played down the impact form and momentum would have as the champions come calling.

“[It] always helps [momentum] but against City it doesn’t help at all,” said the Reds boss. “We need much more things than just momentum and we need to play better than we did tonight but that’s clear anyway.

“It will be a different game, I only heard the result now from the PSG City game so City will and want to strike back.

“We are back at home after a few games without our crowd so let’s give it a go.”

Klopp will be hoping his side are much-improved on Sunday having suffered a humiliating 4-1 defeat at home by City in February, when Liverpool’s injury crisis was at its height.