Hundreds of thousands of UK nationals who retired to other European countries will continue to receive annual rises to their UK state pensions following Brexit on January 31.

The government delivered reassurance to pensioners in the week that Parliament passed the withdrawal agreement under which the UK will leave the EU at the end of the month.

Before this week, the government had warned that expat pensioners in other EU countries might lose annual increases to their state pension if the UK left the bloc without a deal.

Currently, more than 10m pensioners receive an annual increase to their state pension, whichever is the higher of 2.5 per cent, inflation or average earnings.

“These people’s fears of having their pensions frozen can now be allayed,” said Baroness Altmann, a former pensions minister.

The government’s withdrawal agreement has negotiated reciprocal rights for state pensions to increase in line with those paid in the UK, she said.

“This protection of state pension uprating will also apply during the transition period too. So anyone who moves to Spain, France or another European country before the end of 2020 will also be covered by the same guarantee.”

In advice issued on Friday, the government entitlement to benefits for those retiring after 2020 were not guaranteed, including uprating on the UK state pension.

“If you are not covered by the withdrawal agreement and you move to live in an EEA (European Economic Area) state or Switzerland from January 1 2021, the rules on entitlement to UK benefits in these countries will depend on the outcome of negotiations with the EU and may change,” said the Department for Work and Pensions.

However, UK or Irish nationals moving to Ireland from January 1 2021 will continue to have their UK state pension uprated, said the DWP. 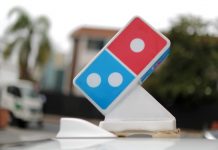 How coronavirus has hit the airline and shipping industry

LLoyds profits tumble thanks to latest £2.5bn bill for PPI

Retail sales bounce back in January after weak end to 2019