Pension opt-outs have not jumped since auto-enrolment rate rise


Millions of low-income households have found extra cash to put into a pension in the latest success for the government’s auto-enrolment scheme, quelling fears that opt-out rates would jump after higher contributions began in April.

Nine million people have joined workplace pension schemes since auto-enrolment began in 2012. The scheme faced its first major test in April, when workers were forced to begin paying 3% of their salary into a pension, up from 1% before, with the option to drop out if they could not afford it. In 2019, the contribution rate will jump again to 5% of pay.

But analysis by Legal & General Investment Management found that since April, opt-out rates at workplace schemes it manages have not risen as anticipated.

“The experience across all our bundled clients has been similar, with opt-out rates showing no jump in April and May,” it said. LGIM cited one employer with 30,000 workers enrolled, where only 40 have opted to reduce their contribution rate to 1%.

Other providers reported similar figures. Adrian Boulding of Now: Pensions said: “We have seen no discernible impact from the higher contributions. For the two months after the minimum contribution increases, the underlying opt-out rate rose from 7.98% to 8.18% – just a 0.2% increase. Prior to the increases there were fears of a bigger spike.”

When the auto-enrolment started, the Department for Work and Pensions (DWP) projected that opt-out rates could be as high as 28%, but the most recent official data – recorded before the April contribution increases – showed overall opt-outs are running at about 9%.

See also  Harvester, Toby Carvery and Miller and Carter to reopen on July 4 – and you can book a table now

Steve Webb of the pensions company Royal London – who was pensions minister during the implementation stage of auto-enrolment – said: “We have seen very little impact of April’s rise in contributions. The rise coincided with the annual boost to tax thresholds, some annual pay rises and an increase in the living wage, all of which will have cushioned the rise in contributions.

“Inertia also remains a powerful force and will continue to be so as long as contributions remain at relatively modest levels.”

The success of auto-enrolment runs counter to other data that showed household finances under extreme pressure, spending more than they earn for the first time in two decades.

Individuals saved an extra £6.9bn into workplace pensions in 2017-18 as a result of auto-enrolment, according to the DWP. This is expected to climb to £13.3bn in the current financial year and nearly £20bn the year after.

But some employers, which are also forced to pay into the workplace schemes, have been trying to coax workers out of auto-enrolment so they avoid having to make contributions.

A freedom of information request by People Management magazine earlier this month revealed the number of accusations made to the Pensions Regulator that employers were attempting to get staff to opt out of their pensions had increased by 68%.

There were 64 reports between 1 April 2017 and 31 March 2018 alleging that employers had attempted to induce workers to leave their pension scheme, up from 38 in the year before. 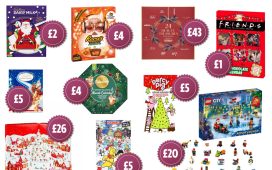 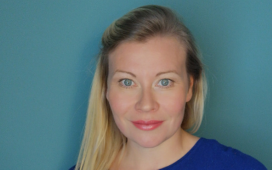 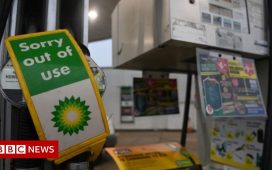 What is causing the UK crisis in petrol supplies?