PEN Farthing says he was “so bloody happy” after learning today his 67 staff had managed to escape from the clutches of the Taliban in Afghanistan.

His charity employees have managed to escape out of Afghanistan as part of the largest UK-aided evacuation since troops left Kabul.

The staff at Pen’s Nowzad animal rescue charity, reached safety in Pakistan two weeks after the Taliban swept to power.

The Pakistani government granted clearance for the staff to enter the country after Foreign Secretary Dominic Raab used a trip last week to urge Islamabad to help evacuate refugees, reports the Daily Telegraph.

The group reportedly reached a compound near the Pakistani border where they called the British high commission in Islamabad to help facilitate the rest of their journey.

Reacting to this, Pen tweeted: “You DID it…. #OperationArk was a complete success!

“The @nowzad staff are now safely in Islamabad and in the care of the British High Commission.

“I am so bloody happy right now.”

After successfully crossing the border, they headed to the Pakistani capital on Saturday night where they will be checked for Covid before being flown to the UK.

Mr Raab told The Telegraph: “Following my visit to Pakistan and Qatar, alongside our wider regional diplomacy, we’ve got the cooperation in place to help Britons and their immediate family safely out of Afghanistan.

“The conditions are still extremely challenging, but we’re getting our people home, direct from Kabul and via neighbouring countries, and I am also relieved that we’ve secured safe passage for Nowzad’s Afghan staff.”

Haunted by the staff he was forced to leave behind, Pen said: “There was no joy just guilt. Guilt I couldn’t get my staff out.

“Guilt that for whatever reason I couldn’t persuade the powers-that-be to give me that paperwork a few days earlier. Guilt that I left them behind.”

There was no joy just guilt. Guilt I couldn’t get my staff out

He explained: “It was the staff who made the decision for me to make a second attempt on my own.

“They said, ‘Don’t stay. You’ve got the take the dogs out. The Taliban will just shoot them’.

“I gave them three months’ wages — that’s put away securely – and a couple of hundred dollars extra.

“I said, ‘Put this in your pocket. Do not spend it. I want it back when I see you in England. That’s your emergency money’.

“Then I went round and hugged every single one of them, including the girls. Everybody was so emotional.”

Both Pen and ministers faced anger for leaving his staff behind to face the Taliban on August 31.

But Farthing has said he feels “no joy just guilt” after fleeing Afghanistan without his staff as he revealed the Taliban stabbed one of his dogs.

The ex-Royal Marine and Nowzad Dogs founder, 52, landed safely in London Heathrow with his 173 dogs and cats before immediately flying to Norway to be reunited with wife Kaisa Markhus.

Nearly 200 animals he was travelling with from Kabul will now have to quarantine under UK law – although some could be put down if they are found to have any diseases.

Pen’s wife Kaisa was evacuated out of Afghanistan last week on an almost empty plane and finally arrived home on August 19.

She and a pregnant American friend had to push their way through a sea of men, women and children to get to an access gate.

But it took six days to get the correct paperwork for Pen and after one failed attempt to board an evacuation flight, he finally made it out of Afghanistan at the weekend.

Pen packed 125kg of dry pet food, 72 tins, 270 litres of water, 12 industrial size rolls of paper towel and 20 bottles of disinfectant for mucking out the crates during the private rescue flight.

But he said five cats died on the journey to the UK – and one of the dogs was stabbed when, Pen believes, they drove through Taliban checkpoints to Kabul airport.

Pen also reiterated his apology after reportedly accusing Defence Secretary Ben Wallace of “blocking” efforts to evacuate him and his animals from Kabul and threatened to “destroy” him on social media.

He told the Daily Mail: “I’ve apologised for the language I used but that’s it. I’m not worried about what some politician is saying about me.

“What’s on my radar is that this ill-thought out withdrawal has destroyed a country overnight and cost countless lives.”

The final flight from Kabul landed at RAF Brize Norton on Sunday morning – ending the biggest military evacuation in 80 years.

Pen’s dramatic evacuation has gripped the nation, particularly as his Afghan members of staff and their families were forced to stay behind by the Taliban.

He had been attempting to get 69 people, as well as the animals, out of the country when President Joe Biden “changed policy” on who could evacuate.

His convoy was 300 metres inside the airport perimeter in Kabul when they were turned back by the Taliban on Thursday.

Moments later, at least 169 people – including 13 US servicemen, two British men and the teenage child of a third UK national – were killed in a deadly suicide blast outside the airport.

As a British passport holder, Pen has always been at the front of the queue for evacuation.

However, he had refused to leave without his animals or staff. 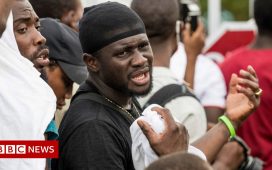 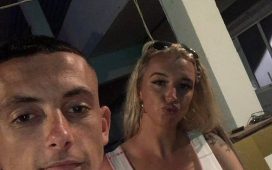 US envoy to Haiti resigns over ‘inhumane’ decision to deport migrants 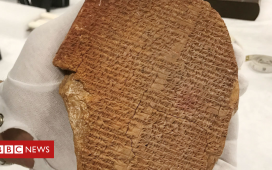 The epic adventures of the Gilgamesh Dream tablet 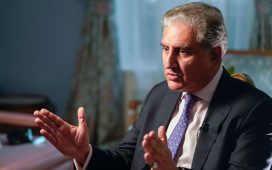