A GP has tweeted a job advert for his surgery saying: “I won’t sugarcoat it… we’re heavily undermanned and the hours stink.”

Retirements and a lack of people moving to the area are adding to the shortage.

Dr Wilson, 37, said he was not a “prolific tweeter”, but was attempting to drum up interest after seeing the number of doctors at his surgery almost halve.

Anyone looking to be a GP in Pembroke Dock? I won’t sugarcoat it at the moment we’re heavily undermanned and the hours stink. However the patients are genuine, the staff are great, you make a difference and so despite it all this is why we’re still plodding…

“Staffing issues are chronic, but it’s becoming acute,” he said.

“The thing that keeps me going is we have a really good team.

“But the problem is we’ve had retirements and people leaving, but they’re not being replaced. Less and less people are moving down [to Pembrokeshire].

“We’ve got beaches, it’s a lovely place to work, but people just see tired GPs and that puts them off.”

Dr Wilson said there had been no suitable applicants since his tweet.

He said two schemes were on offer to help GPs with their workload, but because they were so busy, “don’t have the resources” to free staff up to help.

In November, Dr Charlotte Jones, chairwoman of the Welsh General Practitioners Committee (GPC), said general practice was “on the brink of an abyss”.

Newly-qualified doctors are often drawn to big cities or decide not to become GPs.

Swansea University Medical School has a “doctors for Wales” strategy to tackle shortages, including work experience for sixth-formers with a local GP and mentoring and taster projects, while working to encourage more Welsh-speakers to go into medicine.

Jill Paterson, of Hywel Dda health board, said: “The shortage in the GP workforce remains a UK-wide challenge, and the practice, together with the university health board continues with ongoing recruitment campaigns and exploring new ways of working.

“This includes a focus on the wider practice team with the introduction of extended roles in the surgery such as nurse prescribers and pharmacists, who can help to ease the pressure on GPs.” 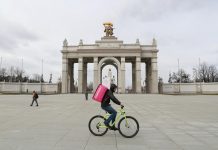