Video games that involve dancing and moving around could be a gamechanger for screen-loving overweight children.

While it may sound obvious, a new study shows that the benefits of such games – such as Just Dance 3 using a Wii – are so significant that doctors should recommend them to parents as a matter of course.

The rate of obese kids in America has soared in the last few generations as kids spend more time on computers and iPads than climbing trees or riding bikes.

Weight gain is particularly critical in the impoverished South.

In Louisiana, where the study was conducted, one in every three children aged 10 to 17 is overweight, and one in five has obesity, according to the Centers for Disease Control and Prevention.

‘Even in the past decade, kids are spending more time in front of screens – half their waking hours,’ lead author Dr Amanda Staiano, who has been studying Nintendo Wii games since they emerged 12 years ago, told DailyMail.com.

‘But games have advanced so much. I’m interested in seeing how we could use these games to promote physical activity.’

Half of them were told to habitually play one of four games on an Xbox 360 which involve performing dance moves in order to score.

READ  Covid-19: Oxford vaccine rolled out to hundreds of GP sites in England

They were told to play the games, including Just Dance 3 and Kinect Sports Season 2, for an hour a day for three days a week – a fraction of the amount of time many kids spend on sedentary games.

Each session had to be noted into a ‘challenge book’.

The other half of the group were not asked to make any changes in their behavior – receiving the games only after the study concluded.

All the participants had to wear a stepometer to track their daily steps.

A fitness coach would monitor each child’s progress over Skype with the child and their parents.

Of the children in the gaming group, 22 finished the six-month program and 94 percent of the gaming sessions were completed.

The non-active children, meanwhile, gained weight, with their body mass index inching up an average of one percent.

Cholesterol dropped to a healthy range in the gamer participants while the non-active group descended to a level of borderline high level.

The study concluded that active video games, in combination with fitness coaching and a step tracker, can help overweight children to lose weight over time.

Given the findings, Dr Amanda Staiano says these games should become part of kids’ healthcare.

‘We encourage doctors to help families figure out what the kids are interested in and see if it could help them be more active,’ she explained.

‘Kids who gain excessive weight and are not physically active can develop early signs of heart disease and diabetes.

‘They may also struggle every day with asthma, sleep apnea, and the other psychological and health challenges that excess weight and obesity can bring.’

The findings were published in the journal Pediatric Obesity. 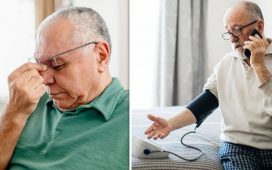 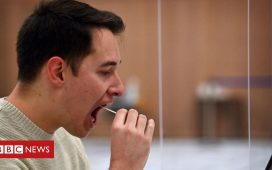