The Peoples Democratic Party (PDP) and Governor Oluwarotimi Akeredolu on Monday engaged in war of words over alleged plot to use workers salary ‘to procure’ a favourable judgement at the Supreme Court.

An appeal by Eyitayo Jegede, candidate of the PDP in last year’s Ondo governorship election is pending at the apex court.

The PDP South-west Publicity Secretary, Chief Sanya Atofarati, had alleged that Governor Akeredolu was in talks with authorities of the Supreme Court to get favour in the yet-to-be decided Governorship judgement in Ondo state.

Chief Atofarati in a statement called on organised labour in Ondo State to rise in defence of civil servants by stopping the Governor from using their salary to negotiate the forthcoming Supreme Court judgement.

The statement reads in parts, “It is so unfortunate that the Governor and the APC Party are trying every possible means to win at the forthcoming Supreme Court rulings through negotiations for personal and political interests and not minding the plight of the State Civil Servants and the present predicaments of the State.

“We are calling on the masses and most especially the State Civil Servants to be aware and restrict this act of wickedness and oppression in the State.”

But Governor Akeredolu, who spoke through his Commissioner for Information and Orientation, Donald Ojogo, said he would not be the Supreme Court’s mouthpiece in the face of the PDP’s uncanny attacks.

Governor Akeredolu, however, said it was disturbing to note that a political party, ostensibly speaking for a Senior Advocate, could descend to the unpardonable abyss of branding Honourable Justices of the Apex Court ‘procurable’ items in the course of their duties to the Nation.

The Ondo Governor who said workers in the state were not oblivious of the current global economic straits.

He said he would not sack workers as it were in the days of the PDP but rather, evolve ingenious means to sail along than leave workers unpaid for months under the guise of paucity of funds.

According to him, “It is, perhaps, laughable that PDP failed to realise that its position grossly violates what it represented while it held sway in Ondo State prior to the current administration. The mindless audacity to owe workers seven months as well as the brazen display of executive recklessness that saw to the sack of over 1,000 workers have both combined to repudiate the opposition party’s thrive at demonising Akeredolu and his government.

“The said press release has merely made spurious allegations aside laying a sandy foundation ahead of the PDP’s leprous efforts at the Supreme Court. There could not have been a better effort at marketing helplessness occasioned by paucity of ideas and lack of direction as displayed by the press release. It showcases ignorantly, PDP’s further slide on the rough path to depression.

“From all indications, Ondo State does not deserve to be in the hands of these scavenging elements collectively christened PDP. The fact that the party does not know how allocations are disbursed from Abuja, dispensed and spent at the State depicts a pitifully demeaning scenario for the party. Alluding to a theatric ‘across-the-counter exchange of funds between a Governor and the CBN or whoever’ speaks volume of the ilk that comprises PDP.

“For the records, allocations are not paid into private accounts; they are paid into government accounts managed by relevant authorities, who are civil servants. In the case of Ondo State, stakeholders, particularly the leadership of the Nigeria Labour Congress (NLC) play a principal role in the disbursement/allocation of funds in line with available funds.

“The PDP is therefore, admonished to focus on its appeal at the Supreme Court and pursue same with the desired legal industry and zeal rather than this voyage of self-denial and blackmail.” 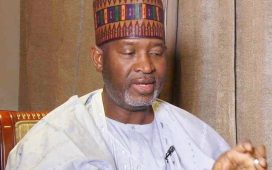 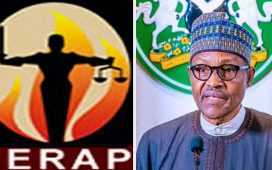 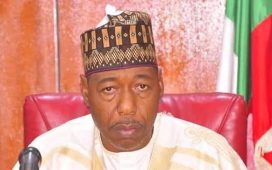 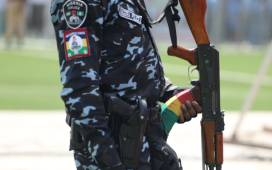