MANILA, Philippines — The PBA announced that it will not join the East Asia Super League (EASL) until a vaccine for the novel coronavirus (COVID-19) is available.

The EASL had partnered with FIBA last August to create a full-fledged league featuring teams from the Philippines, greater China, Japan, and Korea. Teams will be divided into groups that will compete in a home-and-away format, with the inaugural season set to tip off in October.

However, PBA Commissioner Marcial says they cannot commit to the young league at the moment, given the global health crisis.

Marcial stressed that they are not closing the door on the EASL, but the COVID-19 pandemic has made it difficult for them to immediately commit to participate.

PBA teams have previously competed in the EASL’s events, which served as de facto pre-conference tournaments for those squads. Blackwater, TNT and San Miguel took part in the 2019 Terrific 12 tournament, which took place ahead of the season-ending PBA Governor’s Cup.

The NLEX Road Warriors also played in the 2018 edition of the EASL’s “Super 8” tournament.

Marcial said that he has already communicated their decision to Matt Beyer, the chief executive of the EASL.

Beyer had previously said in an interview on “Power and Play” that the PBA will be “absolutely essential” to the success of the EASL.

“It’s absolutely essential. I think everyone around the region knows the passion of the Filipino basketball fans, and also whether it be we’re having a game in Tokyo or Taipei or wherever, there’s going to be a huge section of the crowd that’s Filipino fans,” he said.

“We need the support of the PBA, we need to have Filipino fans behind us, and it’s extremely essential,” Beyer stressed. 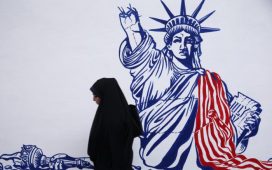